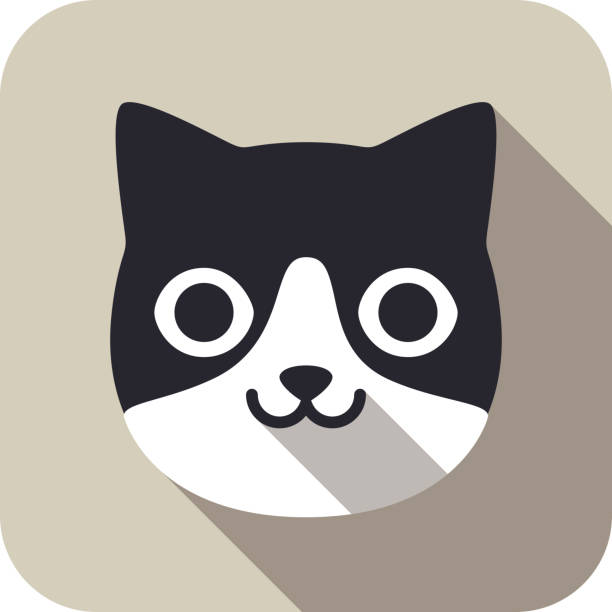 Anyone who is a fan of anime and has little knowledge of Japanese culture will know how important cats are. Japan loves cats, and this love extends to their art. Maneki Neko, “the lucky cat,” is quite popular among anime lovers.

Cats, according to Japanese culture, are carriers of goodness. In fact, they are considered lucky charms that bring positive results and blessings. In anime, cats are given important superhero roles with the ability to turn into humans. They are also given the roles of powerful wizards and witches.

While we all agree that cats play these memorable roles in anime, some characters are more memorable than others. So let’s go down memory lane and see some of them, and if you don’t watch anime, this should be your cue to start looking for the best anime to watch. Here are the best anime cats 2022.

You sure would know Meowth from Pokemon if you’re an anime lover. This iconic character is unique and popular. In fact, he is the cutest cat in Pokemon, an anime that is completely based on animals. He is the only Pokemon that can talk and walk on two legs.

Meowth has an oblong on his head. He’s a bit bossy and is one of the main antagonists. He doesn’t have special powers, but he is the brain behind team rocket. Interestingly, Meowth is one of the few characters ever in an anime to break the fourth wall.

Moet is so popular that even non-anime fans know him. He was created based on Maneki- Neko; a yokai believed to bring fortune.

2. Baron in The Cat Returns.

If you’re looking for the cutest anime cats of all time, Baron in “The Cat Returns” is one such cat. Known as Baron Humbert Von Gikkingen, Baron is one of the main cat characters in the anime. He is another quite intriguing cat in a class of his own. Apart from starring in “The cat returns,” he appeared in the “whisper of the heart” series.

Baron is known for his fascinating style. He wears a suit, a hat, walks, and acts like a gentleman. As the main character in this series, Baron is the owner of the cat bureau. He is a statue by day but changes into a suave and dapper gentleman who nightly lives in an antique shop.

In “The cat returns,” Baron meets Haru, forced into the cat kingdom, and saves her from marrying a cat. The Baron character is anthropomorphic. He has the attributes of a human being, dresses, walks, and talks like a human being. He is one of the studio’s most iconic characters. Interestingly, “The Cat Returns” is a sequel to “Whisper of the Heart.”

Another exciting anime cat is Puck from Re: Zero. He is a fair cat with so much mystery around him. He is a loyal friend and an ally to Emilia, and he is very powerful. Puck can be cute and nice, but he shows his powers when anyone tries to hurt Emilia.

Puck in Re: Zero is always at Emilia’s side. Though he lives inside Emilia’s necklace, he protects her and gives her useful guidance. An interesting twist is that Puck comes out between 09:00 and 05:00 before resting throughout the night.

He is very witty, and he adds a lot of humor to the film. Apart from Puck being friends with Emilia, he is also nice to Subaru and Beatrice. He is the most popular cat in Re: Zero.

Another incredible anime cat is Jiji. Jiji is one of the oldest anime cats, dating back to 1989. He plays the role of Kiki’s cat and companion in Kiki’s Delivery Service.

In this story, every witch is expected to have a cat. Jiji was very helpful to Kiki. He is always by Kiki’s side and helps her become a witch. However, as the story unfolds, Kiki loses her ability to talk to Jiji.

He is a compelling character, known to add lots of humor to the anime through his funny comments. In the American version, Kiki gets back her ability to talk to Jiji. Jiji is one of the best Ghibli cats so far.

5. Shamisen in The Melancholy of Haruhi Suzumiya.

Shamisen in The Melancholy of Haruhi Suzumiya was a stray cat. He was picked by Haru, who happens to be one of the main characters. Shamisen is very smart. He talks about serious intellectual topics like philosophy and speaks in riddles. Shamisen lives in two worlds, a fictional world, and the real world.

READ MORE:  Gohan vs Goku: Who will win in a Fight?

Haruhi, in the story, speaks to Shamisen, and he talks back about being a stray cat. At first, Shamisen found it difficult to adapt to domestication since he was a male calico cat. As the story unfolds, Haruhi, with her powers, gives Shamisen the ability to talk.

Shamisen has a deep male voice which is a delight to hear. Micheal Mcconnehie voiced Shamisen in the dubbed version of the anime.

6. Kuro in The Blue exorcists.

Another anime cat you would fall in love with is Kuro. Kuro in The Blue Exorcist is not an ordinary cat. He is a demon from the race cat sidhe who started as a spirit to slay farmers. He was formerly a god in charge of protecting humans from his shrine. However, when his shrine was destroyed, he became angry.

Kuro becomes familiar with Shiro, an exorcist, but when Shiro dies, Kuro becomes angry and crazed. Eventually, he is brought out of his state of grief by Rin’s understanding and care. He becomes Rin’s familiar. Kuro has two tails and horns. In Japanese culture, rails and horns bring luck and fortune.

7. Artemis and Luna in Sailor Moon.

Artemis and Luna are a couple from the anime Sailor Moon. They are one of the most popular anime cats. They have magical powers, which they use to give magical gadgets to the tailor scouts.

These cats are aliens from another planet. They have a daughter named Diana. They both have crescent moons on their forehead, making them easily identifiable. Luna is black, while Artemis is white.

They are very cute and smart, and they are both from planet Mau. In one of the dubs, they all became humans with human hair. Luna had black hair while Artemis had white hair. In the story, Luna falls in love with a human. These two cats are an absolute delight to watch.

Happy in Fairy Tail is not exactly a cat. He is a magical being from Extalia known as an exceed. Nonetheless, he is considered a cat. Happi is a member of the fairy tail guild and Team Natsu. Natsu is Happy’s friend.

This blue anime cat has detachable wings, which enables him to fly. He can talk, dance and he has magical powers. Happy is one of the most popular elements of fairy Tail and is one of the best anime cats.

Happy is quite popular, so you may have seen him plastered on Japanese T-shirts, umbrellas, children’s lunch boxes, and bags. Happy was a very loyal friend to Natsu in the series, and he was willing to help Natsu with everything, including flying with him.

Every cat lover is bound to love Chi’s Sweet Home, both adults and children. At birth, Chi was accidentally separated from her mother and was adopted by the Yamada family. She doesn’t have magical powers; she is just a cute cat who is playful and loving.

Chi laughs a lot but not all the time. She can be rude and lazy sometimes. Chi’s Sweet Home has about 250+ episodes. However, these episodes are short and sharp, providing snappy dialogue. They are usually 3 minutes long instead of the usual 20 minutes.

10. Madara from Natsume’s book of friends.

Madara, also called Nyanko Sensei, is a fat cat. He is very adorable, and his body is made of white fur with orange/ gray markings on his head. He is very strong, even stronger than humans,

He has superpowers. He can also fly and shape-shift. Madara is sometimes selfish, stubborn, and condescending, but eventually, he learns to be kind and caring. He protects Natsume because of the book,

If Natsume dies, Madara is meant to inherit the book. He helped Natsume bring back names to the book, his dialogues are always funny, and he adds humor to the anime. Madara is a Yokai with a wolf-like appearance who loves to eat home-cooked meals. His favorites are sweets such as dango and sake.

Anime is always a delight to watch and is suitable for adults and children. The characters don’t just entertain; they also educate and enlighten the viewers. Anime cats are even more interesting because of the cultural undertone they have.

If you are an anime fan, you should go check out the ones on this list and more, but if you are an anime lover, you would know how memorable these characters are. You could watch these series or binge-watch others.