There are a host of great Japanese romantic dramas released every year. But after much consideration, which was quite a tough one, we came up with just a few of the best Japanese soap operas. If you are a fan of romance stories this is the right content for you.

If you are of the notion that titles tell the whole story, then this J-drama series would lay waste to that notion. Other than taking the shape of a typical Cinderella story of love and class, this Japanese drama takes a different turn.

It tells the story of two people who meet in an unusual circumstance. Where the female character Sawaki Chihiro, a hard-working student, looking to secure a job and the male character Hyuga Toru, the CEO of a software firm, meet at a job interview.

Though Sawaki is unable to secure the job, her journey with Hyuga Toru takes shape after that interview. This story explores the romance and chemistry of these two characters that meet as enemies at first. It also explores their personal experiences.

Hyuga Toru, as a lonely man who grows up without any love and affection from his mother, meets Sawaki Chihiro who also bears his mother’s name. This story is something you would connect to on different levels.

It is one of the best Japanese romantic dramas, released in 2012 with about 11 episodes. If you watch this series, you wouldn’t want to try the Korean adaptation. The love story is simply beautiful.

The love story and romance in Love Lasts Forever made me believe in love again. I love Nanase Sakura’s honesty and how bold she is in confessing her true feelings for Doctor Kairi Tendo. Though I would have preferred a more agile, confident character, I love her guts and her growth.

READ MORE:  10 Anime Movies Like Spirited Away that captured my heart

This J.drama series is also known as Koi wa Tsuzuku yo Dokomade mo. It explores the romance between a rookie nurse, Nanase Sakura who falls in love with Doctor Kairi Tendo when she meets him for the first time.

Her affection for him forces her to become a nurse. And as fate would have it, she meets him again years later. Sakura never failed to express her undying love for the doctor who other resident nurses refer to as “the devil” at work. Kairi Tendo on the other hand is a perfectionist.

He is level-headed and strict. Sakura meeting him sees a personality different from what she imagines. Their love story kicks off after she promises to devote more time to her job as a nurse. Watching this J.drama will spark a level of affection in you that you probably never expected. It was released in 2020 and has about 10 episodes.

Try the series out on TBS and thank us later.

This Japanese drama takes a different narrative. So if you’re looking for a hilarious, romantic story with a unique plot, then this J.drama is for you. It is one of the best Japanese romantic dramas. The story is based on a manga version.

What is the romance story about you ask? I’ll tell you. The plot is about a young girl Sumire Iwaya who not only has broken up with her boyfriend but has also been demoted in her career.

Being at one of the lowest points in her life, Sumire picks up a young man from a box. The young man reminds her of her former pet momo and she takes the man home as her pet. This plot story has a bizarre side to it but the fantasy is something you would appreciate.

This drama is light-hearted and has a sweet tone to it. It explores emotions and relationships on a deeper level. Watching this series took me on a journey and I enjoyed every bit of it. I think you would too. Kim wa Petto was released in 2017 and has 16 episodes. It is rated 7.6/10 by IMDb.

Nodame Cantabile was originally a popular Japanese Manga series before the adaptation and is a combination of love and music. It tells the story of a rich boy who falls in love with a middle-class girl. However, the storyline takes a different angle. It is a hilarious comedy with great classical music.

READ MORE:  The Best Jobs in Japan Without a Degree

The main character being Shinichi Chiaki is an ambitious music student who plays the piano and violin. He meets Megumi Noda also known as Nomade who is also a talented piano student. Nomade has a peculiar behavior that makes her stand out. She is quite messy and out of control.

As the drama progresses, they both fall in love. The story then navigates through their love for music and their relationship. As they work through obstacles to find a resolution. If you are a J-drama fan, you would love the storyline of this series.

The fun hilarity it gives, the journey, the music, all make this drama a great piece of art.

Nodame Cantabile has about 11 episodes and there is a four-hour-long sequel titled Nodame Cantabile New Year’s Special in Europe. You can check this Japanese drama on FujiTv. 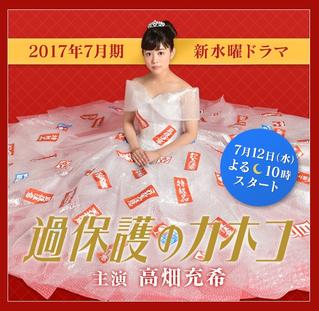 Kahogo No Kahoko is a Japanese drama that will give you sweet and dreamy romance. The story explores the life of the character Kahoko, an overprotected daughter who ventures into her world and meets a young man who she realizes is from a world different from hers.

What I love about this series is the fact that it doesn’t only dwell on romance, it also dwells on the self-discovery of a young lady living a life outside a shell she was put in by her parents.

Kahoto ventures into the world to secure a life for herself. As a naïve 21-year-old college student, she starts off working for a company. This is where she meets with Hajime Mugino. Hajime is the opposite of Kahoko who has never done anything on her own, in her entire life.

The story explores her journey in life. It is fun and interesting. This J.drama was released in 2017, with 10 episodes and a running time of 60 minutes. It is also one of the best Japanese dramas, rated 7.4/10 on IMDb.

If you are looking for a perfect summer love story, then this Japanese drama series is just the right one for you. Koinaka: Best friends in Love is one of the Japanese best romantic dramas. It is an example of a perfect bittersweet love story.

The plot starts with Aoi Miura, an indecisive guy who is timid and hates summer. His dream was to become an architect but he works as an assistant in a small architectural firm in Tokyo. As we follow Miura on his journey, we watch him reunite with his high school best friend and first love Akari Serizawa.

We also learn why Aoi Miura hated summer. His best friend suddenly disappeared and he was forced to bury his feelings for her. This story moves from a love triangle to an epic love story. This drama series was released in 2015 with 9 episodes. To check it out, click here>>

If you are looking for an amazing Japanese teenage romance drama, then this popular Jdrama is for you. The story is based on the manga “Itazura Na Kiss”. It is a high school story that revolves around Kotoko Aihara who falls in love with Naoki Irie at first sight.

She was however rejected and her love unrequited. Naoki even goes further to call her a “foolish woman”. As the events unfold, Kotoko’s home is destroyed and her family is invited to live with Naoki’s family.

What started as a playful kiss, became a full-blown affair of love in Tokyo. This series was released in 2013 but the intensity of this romance story and love from fans led to the second season in 2014. It has about 16 episodes.

This Japanese drama series will not only give you chills but will remind you of teenage love and teenage life. It is rated 7.8/10 on IMDb. It is a must-see on this list, you should check it out on FujiTv.

What stands out with these Japanese dramas is the large use of comedy. Just about the right dose of everything. Nothing outweighs the other. Once you try out any of these dramas, if you are not already a Jdrama fan, you will most definitely become one. The storylines are amazing and relatable. You would often find yourself falling in love with these characters.