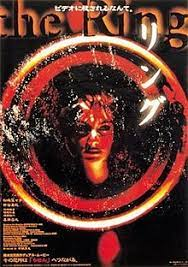 For me, Japanese horror movies absolutely triumph over American horror movies. I love that these movies are not always straightforward and there is a lot of psychological backstory to most of them.

Here are some of my favorite and best Japanese horror movies that I would love to recommend to you.

Nothing is better than Ring to chill you down to your bone marrow. The movie is about a VHS tape that is cursed and it delivers a horrible death within seven days to anyone who watches it.

This movie really made a very big impact, and not just in Japan, but worldwide. Ever since it first came out, there have been several remakes and sequels. The movie is a complete fusion of folklore, urban myth, and modern technology.

I really recommend you to watch this masterpiece if you want several hair-raising moments.

I hate it when directors think it is cool to use technology to impart horror. This Japanese movie literally made me never want to use technology again. Our lives today are filled with every kind of technology right from phones, to televisions and the internet.

Kairo is also known as Pulse, and it is a classic movie that has hostile spirits that have invaded the physical world with the help of the internet. The movie shows that everyone who encounters these spirits is left depressed and they eventually commit suicide or become black stains.

After watching this movie, I was very scared of using my phone and the internet for a good one week. It made me shiver and I always imagined some ghost might just pop up out of the screen.

If you are tired of using your laptop or phone the whole day, I suggest you watch this movie. You are bound to stay away from it for quite a while.

Audition is a horror movie that proves to you that humans can be worse than ghosts. The movie revolves around a widower who wants to find a new wife and for that purpose he holds an audition. In that audition, he finds a woman named Asami and falls for her.

The only problem here is that there is something very mysterious revolving around this woman. While the woman herself is very charming, everything around her is pretty messed up.

Whoever knows her either goes missing or has missing limbs. The movie made its impact on me because of its excellent graphic climax.

When I first started watching the movie, I actually thought it was a romantic drama, but the actual fear begins as the story progresses and there is nothing you can do but scream when it happens.

However, now that I have watched it several times, I have come to the realization that this movie is actually an amalgamation of several scary pieces that just run together. Yes, a lot of horrible things happen in the movie and it can keep you up all night, but the initial scare that I got is long gone.

Every scene in the movie will hit you right in the spot and you will have a lot of goosebumps throughout.

Dark Water is an absolute classic that you need to watch. It really is worth the watch even though it remains quite underrated. The movie follows the story of a single mother, Yoshimi. Yoshimi is going through a divorce and she needs to prove that she can take care of her daughter.

To prove this, she moves into a dilapidated apartment with her daughter and that is where the haunting experience begins. There are so many creepy things happening in the house that you must have seen in several horror movies, but when you see it here in Dark Water, it will give you chills.

The ceiling leaks, black hair appears in the tap water, and there is also a creepy and scary child ghost. The backdrop of horror is complemented by the mother-daughter relationship portrayed in the movie.

Uzumaki is based on a horror manga with the same name. It is one of the creepiest movies I have ever seen. The movie is extremely scary and it follows the story of a cursed town that is haunted by ominous spirals.

The spirals affect the inhabitants of the town and they sometimes commit suicide. The protagonists of the movie want to break the curse, but the real question here is, can the curse really be broken?

Now, every horror movie that I have ever watched has at least one vengeful female ghost lashing out at everyone. But there is no such ghost in this movie. The back story brings a sense of hopelessness and a very nightmarish situation.

There are so many things that will creep you out, including a man crawling into a washing machine and people turning into snails. If you want a night full of screams, this is the one.

Tag is a horror movie but it is unlike anything you have ever seen in your life. It is unconventional, and it brings in a lot of feminism. The opening scene will literally make you feel that the movie is quite absurd, but wait till you get into it.

When I first watched this movie, I was not sure whether to expect a lot of hair-raising chills or to follow the life of a regular school girl. I got the hang of the theme being played in the movie as it progressed and believe me, you will not be disappointed.

The opening of the movie introduces us to Mitsouko, a schoolgirl who is on a bus with her classmates. Suddenly every single one in the bus is sliced in half by a gust of wind. The only survivor on the bus is Mitsouko herself.

After this, we follow the journey of Mitsouko’s life after this fiasco. The fight for survival can be seen in scenarios that are extremely violent. She sees her classmates go through a horrific death and she must be the one to figure out what is going on.

There is just so much happening in the movie, with teachers having machine guns and a groom with the pig’s head. The movie is all about horror but it also brings to the forefront other issues such as the objectification of women.

The movie is extremely creative even though you may find it absurd for a horror movie. However, believe me, it really is worth the watch.

I love myself a good psycho-thriller and believe me, Cure really delivers the best. The movie takes us into the evil nature and mind of a psycho killer; it is very disturbing and I couldn’t sleep at night thinking of everything I had seen in the movie.

In the movie, a detective is trying to investigate a series of murders with different killers. However, each of these killings had one thing in common; there was an X carved on the neck in every single body.

We think that the detective is getting closer to solving this mystery, but here is where we go wrong. The story becomes mysterious as it progresses. This really is a movie you must have on your watchlist.

If there is one Japanese movie you absolutely need to watch, it is this one. This is the movie that brings together the ghost of the Ring and The Grudge. Here you can see the ultimate face-off to find out which of these vengeful ghosts is stronger.

The movie follows the story of Natsume, a woman who watches a videotape of Sadako’s curse and realizes that she might just get killed by Sadako soon. To save herself, she gets Sadako against Kayako, who is a malevolent spirit residing in a haunted house.

This move is done by Natsume to ensure her safety because she believes these two spirits will fight each other and kill each other, thus ending the curse.

Hell Girl is a movie that is based on Manga and anime, and it is something that I recommend to everyone. The movie revolves around a strange supernatural site that can be accessed by people who have been tormented.

However, this is only possible if the people’s grief is strong enough. By visiting the supernatural site, these tormented people can take their revenge by sending their tormentors to hell. But it is not that simple. The client also has to go to hell at the end of their life. This vengeance is delivered by the hell girl who is quite mysterious and who enters into a contract with the client.

My favorite part in the entire movie is when the hell girl recites the same line to every person whom she has condemned to hell: “Would you like to see what death is like?” I would not like to but that definitely does creep you out every time you hear it.

Kwaidan is one of the most amazing Japanese horror films to watch. It’s directed by Masaki Kobayashi and is adapted from Japanese anthropological folklore. There are four stories in this Japanese horror movie.

The first is about a samurai who married because of wealth but it leads to tragedy. The second story is about a man who is alone in the desert and is saved by Yuki-onna. Another one is about a blind musician who is forced to perform in front of ghosts and the last one is about the story of an author samurai.

I was super horrified after watching Kwaidan because the scenes were pretty gory. Some parts were hilarious but there were also times you could get chills and goosebumps. It’s one of the best new Japanese horror movies.

I found House to be one of the top Japanese horror movies because it has elements of fun but also is spine-chilling at the same time. The story revolves around school students who go to one of their friend’s aunt’s countryside houses where they encounter a lot of ghosts and spirits.

There’s a scene in the movie where the piano turns into a ghost, I think it was the scariest part for me. It’s directed by Nobuhiko Obayashi who is one of the top directors in the Japanese film industry.

You’ll encounter themes of love, life, longing and loss in this movie. The set of the movie (House) is extremely weird but still manages to catch hold everyone’s attention.

Which is the best Japanese horror movie?

If you ask me, the best Japanese horror movie is definitely Cure. It is a movie that does not just creep you out, it also plays with your psycho reality. The movie progresses and with every passing minute, the mystery deepens and the hair raising begins. This is one horror movie you must absolutely watch.

Japanese movies have a great quality of plotline, setting and mise en scene that makes then etire experience much better than conventional western horror movies.

Is Kwaidan worth watching?

Kwaidan is one of the best Japanese horror movies that will keep you heldback till the end. The movie is adapted from Japanese anthropological folklore and contains 4 horror stories in it.

Get ready to be chilled and have Goosebumps with these best Japanese horror movies!