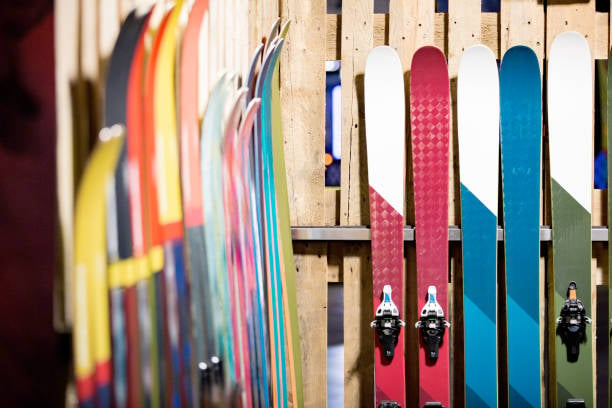 Most of the snow-thick regions that can be found in the world are located in Japan. This seems to be one of Japan’s special characteristics. Imagine snow as high as thirty feet in a year, Japan is the perfect fit for this description. Because of this reason, Japan has over five hundred snowboard resorts and ski.

This is the reason you would notice that snowboarding and skiing are two extremely common skills and sports there. In Japan, the season for these activities starts around December and lingers on till April. It comes to end around the ending phase of April, or worst still, the beginning of May.

What is the best Snowboard brand

The Best Japanese snowboard brands usually make use of the best technology means at hand plus a twist aesthetics that are unique to Japan only.

Scroll through our list of the Best Japanese snowboard brands below to make the best decision in choosing which one would work best for you.

If you are in love with Abbreviated ACC, this is a new Japanese brand of a snowboard. Asides from the production of snowboards, they also deal with the manufacturing of various snow sports and skiing accessories. Nonetheless, what makes them different from other snow sports accessories is their impacts and influence in some major areas.

These major areas include hip hop, bold designs, graffiti art, and punk-rock. Asian Can Controllers now have most youths on their following list. This is proof that people are now getting to know and accept the brand.

The manufacturers of Asian Can Controller have their product display and showcase the creativity of Japan and their influence on hip hop as well. There is one major factor that distinguishes this product from other products: its bold and eye-catching designs. Their graffiti craft style is in demand and is specifically loved by folks who are not too pleased with the extremely traditional designs.

There was a time in Japan when freestyle snowboards were not made available in Japan. That was before 1995. The starting of the Rice28 brand was like the birth of a snowboard savior. It was officially manufactured and launched in 1995, and since then, other Japanese made snowboard brands have followed suit. Rice28 holds a unique spot in the history of Japanese snowboards as they first were part of the initial brands that first produced freestyle snowboards. They have also specialized in this aspect and are winning big in it. With a blend of modern aesthetics and snazzy skins, their product has always been the one to stand out at every instance.

One would have thought that the only thing unique to this brand is its one-of-a-kind designs and colorful board, but that is not all this brand has in store for everyone. There is more. Another unique feature of this brand is that their use of technology advancement measures for the production of all its snow sports accessories. This is the reason you will find out that their product comes out in amazing jumps, cuts, and slopes. These jumps, cut and slopes are always in topnotch and beautiful designs and shapes that were thoroughly crafted with high-class finishing.

Let’s discuss some of their amazing features:

This brand was created by Taro Tamai in the year 1998. It started with the TT model being their flagship and in these recent times, Gentemstick is the same as snowboarding in Japanese. One unique characteristic of this brand’s snowboarding is that the incorporates the designs of Taro Tamai. What was precisely adopted was the philosophy of Taro Tamai, the founder. With the use of this philosophy, snowboarders can encounter the freedom attributed to it, and it is also applied to every other board produced by their brands.

Because of the above characteristics attributed to the snowboards of this brand, gentemstick boards offer superb turns benefits in any circumstance, without the need to alter stances. These boards are characterized by great features like distinctive shapes, vast noses, short rails, and wood building. The designs made by this brand comprise classic styles with a subtle twist of contemporary designs, backed up by personal experiences as well. This snowboard brand gives you a streamlined shape and gliding without the use of too much stress, either when you are on padded snow or a powder.

Taro Tamia, the founder of Gemtemsticks boards has always emphasized that the brand doesn’t just give the euphoria of a jump or a swirl, it also offers its users peace and calmness of a modest glide.

This snow stick brand will pass for the oldest snowboard producer in Kapan. Asides from this, it is also the most common Japanese snowboard brand. It was birthed in 1971 by a surfer known as Shinzo Tanuma. He had always wanted to perform a snow surf, and this has become a driving force behind his passion for owning a snowboard brand. He pursued this dream passionately, and it was achieved accordingly. The first snowboard branded by Moss Snowstick was launched to the public in 1979. It comprised hard bindings that are manufactured for the essence of ski boots. These bindings were fixed and thus ushered snow surfing to the next phases. These amazing innovations were responsible for the ability of snowboards to possess more accurate carvings.

As of the present, this snowboard brand is now recognized, not only in Japan but also all over the world as one of the largest snowboarding companies. Over the years, snow stick has continually refined its turning feature, and this feature makes its brand unique. Two Examples of their snowboards include their freestyle boards range and their alpine boards as well. These two boards, plus all their other board products have been tested to always offer you an extra boost during usage. The beautiful designs and amazing skin colors are potential head-turners whether you decide to catch airtime or carve cuts, be assured you will always have a good time.

Snowboards produced by Ogasaka have unique characteristics you would hardly fund anywhere. These are the steel edges features it possesses. The steel edges are countered on a flattened base. This snowboard brand was birthed in the city is Nagano in the year 1987. Snowboarding was just a meager skill that was practiced just for the fun of it.

Snowboards were used for off-piste skidding and no other functions. So because of this reason, snowboards were manufactured with fins on their base, as compared to the present where steel edges are located on the base instead. This weakness is what this snowboard brand worked in and take advantage of. This brand’s fresh innovation led to the features of sharp turns plus alpine racing. These features were developed with modern techniques and it was embraced by the public.

Another great innovation from this brand is the use of wood. Different wood was used in the manufacturing of wood cores that were essential in the board’s manufacturing body. Different densities of woods are used, ranging from the strong to the stiff and the environment. They all depend on the region where they are planted and cultivated.

With the suggestions we have provided you, there is no way your snowboarding experience would be a remarkable one.