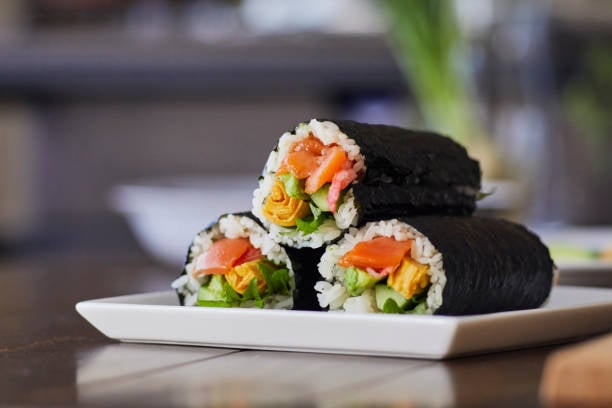 The term sushi will not sound strange to you since it has become a global cuisine sold in various parts of the world. In the past, it was a way to preserve fish in its original, present form. Now, it has become conventional and offers an incredible food experience to food lovers.  The sushi served in many countries has not deterred sushi lovers from trying out the Japanese specialty. Traditional Japanese sushi rolls are pretty impressive and delicious. Here are the best Japanese sushi rolls for food lovers who want to try them when they visit Japan. 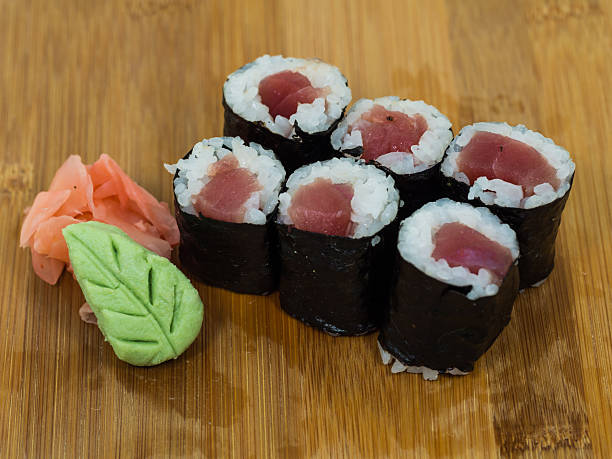 Without Tekka Maki, this list will be incomplete. Interestingly, tekka maki is the most sought-after sushi dish in Japan. Commonly known as Tuna sushi roll, this Japanese delicacy is one of the most popular Japanese sushi rolls. It is not only famous in Japan, but it is also famous in other countries.

There are several styles to this delicacy; however, the traditional Japanese tekka maki is usually made with raw tuna. To make this simple sushi roll, use red-colored raw tuna and seasoned sushi rice rolled within a sheet of nori.

Tekka maki may be a tad expensive in other parts of the world, but it is the most common dish on the sushi menu of every Japanese sushi store in Japan. And it is very much affordable. You can enjoy your succulent tuna sushi roll with a glass of Japanese umeshu. 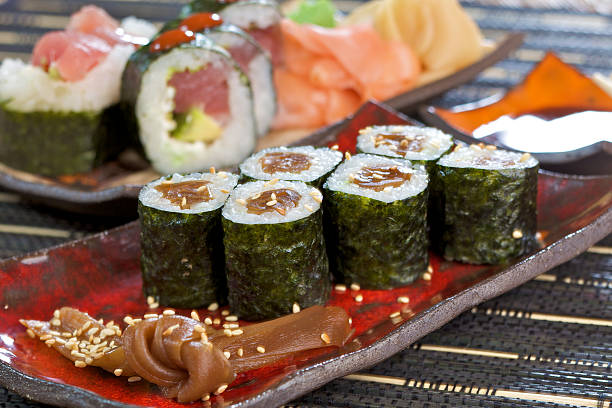 Kanpyo Maki is another unique Japanese sushi roll made of dried gourd. If you visit any sushi restaurant in Japan, you would most likely have this dish on the menu. Its typical sushi-styled dish makes it palatable for vegetarians.

To make this dish, the gourd is first dried and stripped into pieces. Then it is rehydrated and seasoned with soy sauce, rice wine, and sugar. After which, it is rolled up into sushi rolls and served in small pieces.

In recent times, the dried gourd is sold in Japanese stores. Kanpyo maki has many nutritional benefits. It has low saturated fat, sodium, and cholesterol. It also contains vitamin b6, iron, magnesium, and calcium.

READ MORE:  What Does Chikan Mean in Japan

For some reason, this sushi roll is not common in other countries where sushi is sold. The ingredients, too, are only common in Japan. So visit Japan, to have a taste of this traditional Japanese delicacy. 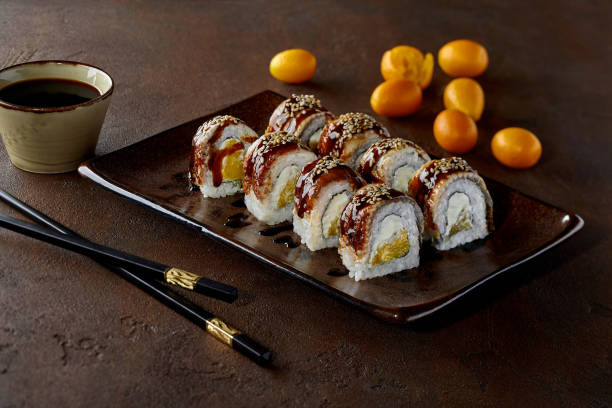 If you are looking for a sushi roll with compelling features and high flavored options to choose from, Unagi maki is the sushi roll to try. Made from both freshwater and saltwater Eel; this dish embodies exquisite taste.

Eel sushi rolls can be prepared using a fresh slice of cucumber to make an unakyu roll or soaked in soy sauce before it is cooked and rolled into a delicious sushi roll.

A typical unagi maki is made with sushi rice, freshwater eel, sesame seeds, cucumber slices rolled within nori (seaweed). It is mouthwatering, soft, tasty, and offers an earthy as well as rich flavor. Unagi maki has several nutritional values, which include protein. 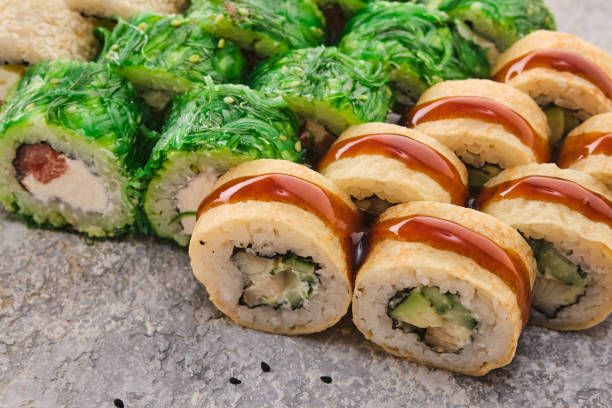 Kappa maki is also a famous sushi roll. Much like the Kanpyo maki, kappa maki is very well suited for vegetarians who are strict on protein. It is made with tiny strips of cucumber in well-seasoned sushi rice and rolled in a nori sheet.

If you have a problem with eating raw fish or are a sushi beginner, this sushi dish is also a great option. It is delicious and enjoyable. Kappa maki is quite a simple dish and is easy to make.

However, this dish can be wrapped with protein, but Japanese sushi chefs prefer to keep Kappa maki as simple a dish and traditional as possible. This cucumber sushi roll is crisp and has very few seeds. It is common in Japanese sushi restaurants and is one of the best Japanese sushi you can try. 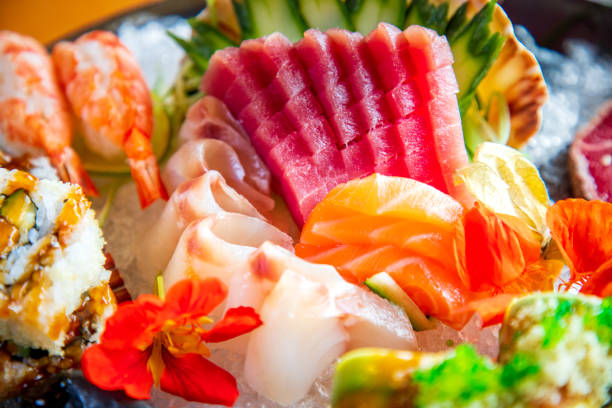 Negihama maki dish is made with diced yellowtail sashimi and green onion rolled in a seaweed/nori sheet. First, you’ll need to chop the fish into fine pieces before wrapping them up.

Negihama maki has this buttery, tender texture that makes it easy to down. Japanese folks enjoy this simple dish with its high-fat content. If you are trying to avoid fatty foods, you can substitute the yellowtail with tuna or salmon. Nothing can go wrong with the negihama maki. It has a desirable taste and is easy to make.

READ MORE:  What is Shotacon?

When you visit any Japanese sushi order for your negihama maki, it can be served with a sprinkle of sesame seeds and flying fish eggs. Make sure you specify that the sushi chef rolls your sushi. 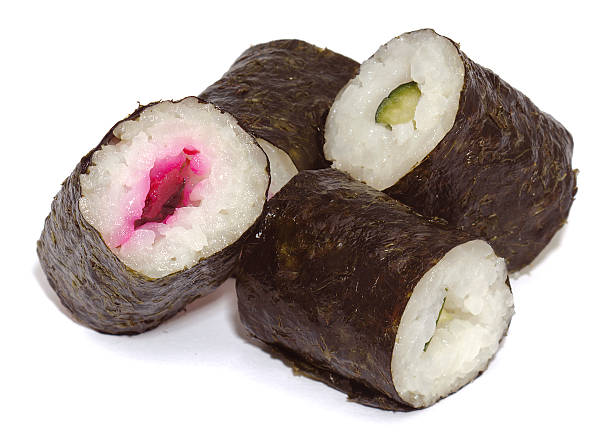 Umekyu maki is another great sushi dish that you shouldn’t miss. This Japanese delicacy is prepared with two main ingredients; the pickled plum and cucumber. Pickled plum in Japanese is known as umeboshi, while cucumber is known as kyuri.

This Japanese sushi is known for its unique flavor. Since it is a traditional Japanese cuisine, it is possible you haven’t tried this before. The cucumber and pickled plum add a certain level of freshness that keeps the sushi roll appetizing. Umekyu maki is also a great fit for vegans.

Apart from this general sushi-styled umekyu, you can also try out this particular variation that is sumptuous. It consists of pickled plum, and shiso leaves. These contrasting flavors create a tasty combination.

To get a plate of sushi rolls in Japan is not all pricey. If you haven’t tried this dish, you should when you visit the country. 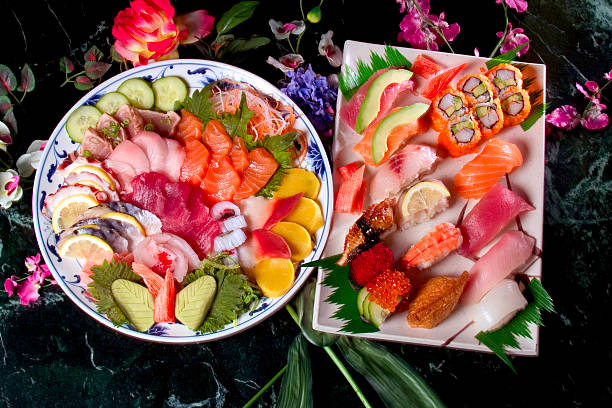 This Japanese-styled sushi is known for its flavor, highly seasoned rice, and pickled daikon. A pickled vegetable is a Japanese type of veggie that is used to produce the Oshinko maki. The daikon is primarily white but turns yellow after it is pickled.

Oshinko in Japan means If you are looking to try out several varieties of oshinko maki, this Japanese sushi is most definitely a must-have. Other ingredients used include carrots, cabbage, and cucumbers.

This vegan-inspired sushi roll has a mild salty taste. Before it is pickled, it is sweet and soft. But when the pickle occurs, it has the salty taste that you experience when eating. Most times, chefs add chili pepper and sake as seasonings.

One of the nutritional values of this sushi roll is its low calories and high fiber content. Also, it contains vitamin c and other enzymes that aid digestion. You can try out this 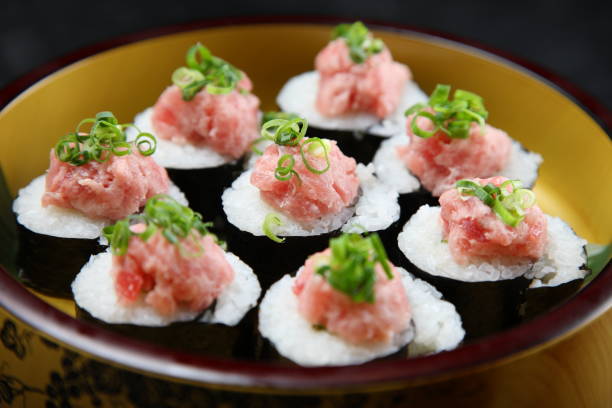 If you’re looking for a sushi roll that is a little more colorful, then Negitoro maki should be your go-to. This Japanese sushi roll is made with fatty tuna and green onion. The sushi roll can be shaped in a roll or cone form, which is one of the things that attract customers to try out this sushi dish.

There are three primary ingredients used to prepare this sumptuous cuisine. First, you have your well-seasoned sushi rice spread properly across the nori sheet, add the minced otoro or tuna fish with sesame seed and scallion before you wrap it into a sushi roll.

Negitoro maki is pretty much affordable. It is a sushi classic that you would see in Japanese sushi restaurants. 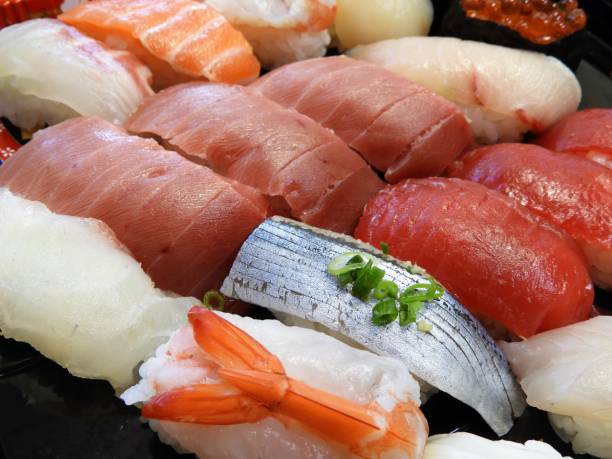 Usually, the soybeans will stay for days to ferment. When it ferments properly, the soybeans become soft and gooey. Now the chef would use this brown slimy mucus-like substance to make the sushi.

This sushi dish has a strong flavor. You may not like to try this Japanese sushi roll, but there are nutritional benefits to this sushi roll for the people who do. 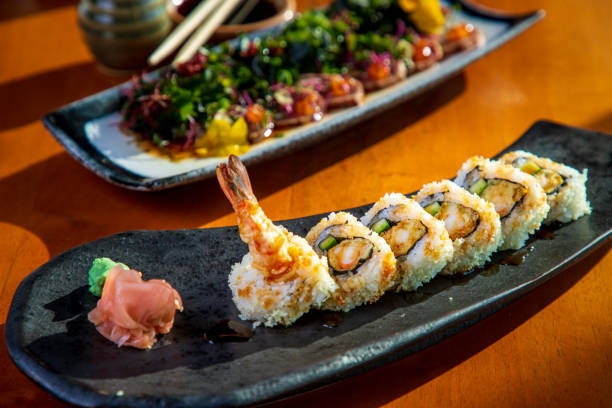 This is quite another famous sushi roll. Futomaki is known for its many delicious fillings. It also stands out for its size. Technically, Futomaki is a giant sushi roll you can find. In Japan, this sushi roll is made mainly for the setsuburn season. But you can eat it throughout the year.

These are some of the best Japanese sushi rolls to try out during your visit. Japan has several sushi spots located across the various regions in the country. If you are inspired to make your sushi, there are simple steps to employ that will help you prepare this delicious delicacy. You can check out how to make homemade sushi rolls.