Zombie movies are often gory action that falls under the class of horror films. But also, have a bit of comedy, romance, thriller, and even science fiction. For years, they have graced our screens, giving us a scary but exciting time.

Japan’s movie industry has also been part of this amazing journey and has produced some astounding zombie dramas of all time.

Zombies are fictional characters portrayed as infected human beings or reawakened corpses. They look bloodcurdling and feed on humans. However, they are neither ghosts, mummies nor vampires. This article will give you the best Japanese Movies that are worth your time. 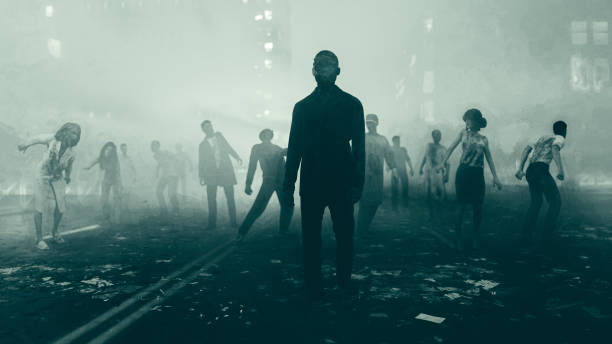 Miss Zombie is one influential Japanese zombie film. It was released in 2013 and has a running time of 85 minutes. Miss Zombie has a unique storyline. Though it may be uncomfortable for some viewers, it is maturely made and worth watching if you are a fan of horror films.

The plot presents a different storyline that leaves you guessing who exactly should be tagged the villain. At some point, you might feel and care about the central character, Miss Zombie.

They set the movie in future Japan, where zombies known as the undead are captured and used as servants in households of the rich. It is made possible since their hunger for human blood is suppressed and their ferocity is low. Miss Zombie is one of them.

They gave her to a wealthy family, which comprises Dr. Teramoto, his wife Shizuko, and their son Kenichi. Miss Zombie faces a lot of humiliation from the outside world. She is raped, backlashes, and ridiculed.

As the plot develops, Miss Zombie becomes well-liked by both Dr. Teramoto and his son, making the wife jealous and unhappy. In summary, this movie explores the ordeals and retaliation of Miss Zombie. 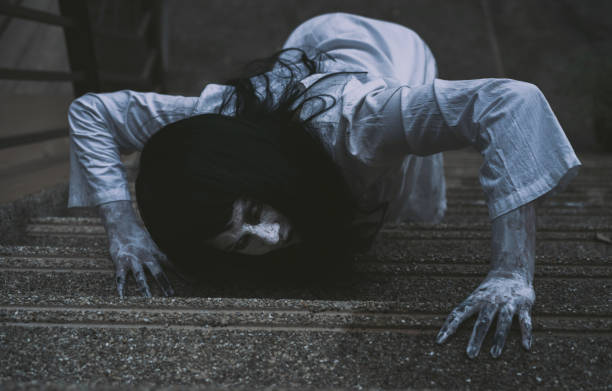 If you are looking for something more classic, then you should check this one out. “One Cut for the Dead” is one of the Japanese most famous Zombie movies of all time. It was released in 2017 and has a genius tone on it. The movie has a running time of 97 minutes.

Though this movie has quite uncomfortable, sensitive scenes, it is funny. When you watch this film, you would be all gassed up halfway through it and would probably ask how the writer came up with such a genius script.

The story begins with a hack director who shoots a low-budget zombie film with his cast in an abandoned water infiltration plant in Japan. The producer abandons the cast and crew after an argument.

Just then, real zombies attack, leading to a Zombie apocalypse. The director, instead of being scared, begins filming the scene. This movie is a comedy/horror film that makes for good laugh therapy.

Versus is another Japanese Zombie film that is worth your time. It was released in 2000, with a running time of 120 minutes, and is pure action. In this film, a group of brutal gangsters kidnaps an unknown woman and meets with an ex-convict in the forest of Resurrection.

According to the movie, 666 portals are connecting this world to the other side but are concealed from humans. The 444th portal known as the forest of resurrection is in Japan.

The leader of this gang seeks to open the portal to gain access to the power of darkness. His ambition exposes them to the things within this forest. Soon, they are faced with dead people who come back to life. Versus is an action zombie horror that has several twists and turns.

This is a 1999 Japanese comedy horror that is most definitely worth your time. The plot and the build of the movie are pretty enthralling. Plus, it is not at all scary. It is instead filled with absurd and ludicrous situations.

In the movie, Ace, a big fan of a Japanese rock band known as Guitar wolf, is given a whistle by Guitar wolf after he assists the band. He is told to blow it whenever he is in trouble. As the story builds up, Ace finds himself in a group being attacked by flesh-eating zombies.

Only the Rock band can save them and the earth from these Zombies. Wild Zero, which has a running time of 98 minutes, is an interesting watch.

If you are interested in a zombie movie with lots of gore, then Junk: Resident Zombie is your best bet. Though this movie doesn’t have very high ratings, it has what it takes to be considered a zombie classic. Like eating of human flesh and body dismemberment. Something that will bring chills down your spine.

It was released in January 2000, with a running time of 82 minutes. The plot is something quite mainstream. They stationed the US military in Japan while a Japanese scientist carries out some experiments with dead bodies.

Though the facility was closed down, the experiments were still carried out. Unfortunately, one of the dead bodies awoke as an undead zombie, feeding on the scientists and causing a zombie apocalypse.

Unlike other Japanese zombie movies listed here, “I am a Hero” was adapted from a manga series. It has a mature plot, it is gruesome and gives off really graphic content. For the lovers of hard-core zombie movies, this is very much a good fit.

The story is about a manga artist assistant who is shocked by a zombie apocalypse. This assistant is a 35 years old Hideo Suzuki whose life seems to be stuck around his exhausting and low-paying job. With strange hallucinations and unsatisfying relationships, Hideo is unfulfilled.

As the story progresses, the world Hideo lives in is struck with a disease called Zon which infects people and turns them into zombies. The live-action “I am a Hero” was released in 2016 and has a running time of 126 minutes. It is everything between action, horror, and psychological thriller.

Schoolgirl Apocalypse is one of the best Japanese zombie movies of all time. It is a 2011 horror story that involves a Japanese schoolgirl Sakura in her peaceful small-town life. This town is then destroyed by local men who turn into zombies and begin killing the women.

Not knowing the cause of the hysteria, Sukura protects herself with her kyudo bow and an English textbook which she uses to fight and save herself. On her journey to find out the cause of the madness, she meets people who have been infected. Sakura soon loses touch with reality as she begins acting insane.

The storyline of this movie is simply atypical and has its poetic pace. The acting is quite commendable as well as the cinematographic composition. This film was directed by John Cairns and has a running time of 86 minutes.

Zedd tells the story of six Japanese youngsters who are wrongly accused of a crime. In a zombie-populated world, they try to survive. They spend their time singing, playing, and dancing, but their survival is threatened after one of them gets infected. They seek to find the cure and save themselves.

They released this zombie film in October 2014. It has an interesting twist to it as it introduced humor to shake off the tension that builds up. It is a 54 minutes video and has quite an interesting performance of all six characters.

It tells the story of a family of four who were on a road trip. They are then kidnapped by a couple with guns. They wander off to the land of the undead, where zombies stay in samurai. They encounter zombies and police on their journey and are confronted by a tragic secret.

If you are looking for a middle school horror with significant action and absurdity, then this film might be what you need. It was released in 2016 and has a running time of 76 minutes.

The plot presents a senior in middle school named Giko Nokomara who just wants to write her exams but is confronted by zombies who are her classmates. Giko is left with no option but to protect herself and her future, which leads her to kill her classmates with her chainsaw.