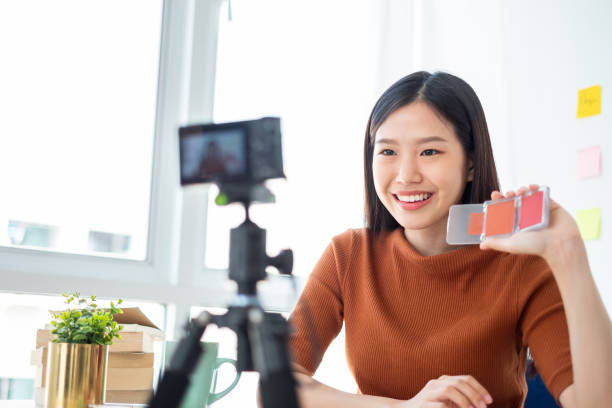 Youtube will definitely not sound strange to you. It is a video-sharing platform where many users like you get videos for free, with sufficient data. In recent years, thousands of vloggers and YouTubers have become popular all over the world, through YouTube.

These YouTubers, most of whom are celebrities, have turned the platform into a lucrative business. In Japan, it is no different. There are several popular full-time YouTubers in Japan. They have large followings and make a living through prank videos or comedy skits.

Most of them center on themes like gaming, lifestyle, tourism,  makeup, and fashion. They have somehow formed a personal relationship with their fans as they offer valuable insights on different topics to inform and entertain them. Here’s a list of the best Youtubers in Japan.

Hajime is a popular Japanese YouTuber with 9.17 million subscribers. He is the owner of the show titled The Fake Show which has several seasons. He also has 3 channels. On his main channel, he uploads content like Q & A videos, hidden cameras.

On his subchannel, video contents are mostly about everyday life, collecting Yu-Gi-Oh cards, and Let’s Play. The third channel is mostly about videos with his roommate. Hajime Sycho, popularly known as Hajime, uploads videos from funny, to scary and to point-blank dangerous.

He tries out various funny experiments since his video genre is comedy. you can check out some of his videos here.

He has won creators awards for his style and approach and number of subscribers. Hajime has featured in several movies and TV shows like In a world without tomorrow. He is one of the most popular YouTubers in Japan.

Sharla is another of the best YouTubers in Japan. Her channel titled Sharla in Japan is colorful, bright, and original. She currently resides in the Northern part of Japan. She is, however, a Canadian who is a fluent Japanese speaker.

Sharla films content that is useful to both visitors and Japanese locals. There are several videos on her channel that have been carefully set out in playlists making her videos easily accessible to her fans. Her shows include Japanese different lifestyles and cultures. Like “Japanese dishes, and her Shikoku travel series.

If you are visiting Japan this fall, and you’re looking to try some of the best places or dishes during your tour, then you should look out for Sharla in Japan on Youtube. Though she has just 618 subscribers, her videos are fun to watch.

Sharla takes you on a journey through different popular attractions and spots in Japan. Her popular videos include “Thrift shopping in Harajuku, Japan“, “The Most Beautiful Onsens”, and “What Cat Cafes in Japan are like”. You can also check out her new channel Sharmeleon.

If you are looking to find one of the best gaming Youtubers in Japan, then Hikaru Kaihatsu, who’s the owner of HikakinTV is probably your best plug. He is the co-founder of UUUM which is a Japanese multi-channel network. He is a Japanese Youtuber, born and bred in Japan.

He is quite a popular YouTuber with a following of about 9.4 million subscribers. He quit his job in 2012 to become a full-time Youtuber. Hikaru went viral with his Super Mario Bros video which had over 3.8 million views.

He also has videos of pranks and challenges. One of the many is the Lush video on his playlist. You have to be a fluent speaker to understand and enjoy these videos. His channels include HikakinTV, Hikakin Games, Hikakin, Hikakin Blog and Hikaru Kaihatsu.

Peachmilky is owned by Sophie from Northern Ireland who currently resides in Tokyo. She is a model, cosplayer, vlogger, streamer, and one of the best YouTubers in Japan. Her youtube video contents center on a couple of things which include gaming, cosplay, Japan as well as its cultures, product views, and the beauty aspect of her life.

If you are into all things adorable and sweet, Japan’s kawaii culture, and other exciting stuff, then you should most definitely look out for this YouTuber in Japan. Some of her popular videos are  “PeachPlays: Final Fantasy X”, Renting kimonos, Maid café, and “Exploring Harajuku. Her subscribers are about 167k. Click here for more videos.

If you are looking for one of the best Top Travel YouTubers in Japan, John Daub, owner of Only in Japan holds that title. He began his channel as a way to inspire tourism in towns affected by the 2011 earthquake and tsunami.

Since then, his channel has seen an increase in followers. His channel became one of the top Youtube channels based in Japan. Only in Japan highlights the rich culture and unique lifestyle in Japan.

John Daub explores many travel locations, events, tourist attractions, and different traditions in the country, sharing this knowledge with his viewers. His videos are often detailed as he uses his experience in Journalism to give helpful information to tourists.

His videos have great pointers for amazing destinations for people looking to visit Japan. John’s main focus is on exciting and peculiar adventures as regards trying out new delicacies, Onsen bathing, and crazy activities like volcanic sand bathing and square melon farming.

He has about 1.1 million subscribers and he recently created a new channel. You can check out some of his thrilling videos here.

If you are looking for the perfect vlogging duos in Japan, Rachel and Jun are probably the best. The popular Youtube couple Rachel and Run Yoshizuki are known for the exciting videos on their channel. Their videos are about their lives and about Japan itself.

Rachel and Jun are Japanese/American couples currently residing in Fukuoka. Their Youtube channel boasts of more than 2. 55 million subscribers. Precisely, 2.67 million views. Some of the views on their videos are more than 7 million.

The best of Rachel and Jun playlists are fun, entertaining, and educational. If you are visiting their channel for the first time, I would recommend you start with those. Popular videos about Japan from this duo include “The Water City – Gujo Hachiman”, and “Fox Village in Zao Japan”. “Being Tall in Japan”, “Idiot’s Guide to Japanese Squat Toilets” are examples of their everyday videos.

This Youtuber has lived in Japan for about 7 years. Her focus is on real-life experiences of what it is to live in a country like Japan. Her videos also focus on healthier lifestyles for people living in Japan.

The content she gives her fans is more personal and realistic. Her playlist of videos includes the “Lifestyle and Mindset Abroad” series and the most popular Girl abroad series. Kelly Morita’s channel has about 164k subscribers.

There are also videos of her personal experiences being married to a Japanese man. An example of such a video series is “Meeting the Parents for the First Time” Though she no longer uploads videos about Japan on her youtube channel, her past videos are exciting and fun to watch.

Yuka Kinoshita is one of the best YouTubers in Japan famous for her eating videos which display her hungry appetite. What stands her channel out is that each video on her playlist is accompanied by an English subtitle.

Unlike other Japanese native Youtubers whose videos are strictly written in the Japanese language. This style has attracted more English-speaking audiences to her channel. Her videos are not only entertaining but also hilarious and will leave you enthralled, wanting more.

She began her eating-focused youtube channel in 2014 and has since then grown, having about 5. Million subscribers. In her daily videos, she eats between 5000 to 23000 calories meals. Quite recently, her videos have gained over a billion views.

Her playlist ranges from a variety of videos of Japanese dishes like egg, ASMR, Sea Food, and a host of others. If you are looking for something entertaining and fun to pass time or looking to try out Japanese delicacies, then Yuka Kinoshita’s youtube channel is something you should check out.

Micaela is one of the best YouTubers in Japan, known for her various videos on travel and tourism. Though she is a born Canadian, she has lived in Japan for approximately 15 years. Her youtube videos explore aspects of her life in Japan. They are informative and insightful with secret tips on how to explore different places in Japan.

Most of the information she gives is hardly seen on tourist websites. Other videos include “Fukuoka’s Oldest Shopping Arcade” and “Untouched Land of Iwojima”. She has over 300k followers and resides in Fukuoka, quite a distance from Tokyo.

This is a list of the best YouTubers in Japan. The community of  Japanese vloggers is increasing rapidly as vlogging has become popular like never before. These bloggers are beneficial for not just entertainment, but for promoting culture and tourism in Japan.

For those visiting Japan for the first time, through these vloggers, you can know a thing or two about popular places to visit, the type of games to try or just about anything you need to know about Japan. So you can have an amazing experience during your tour.