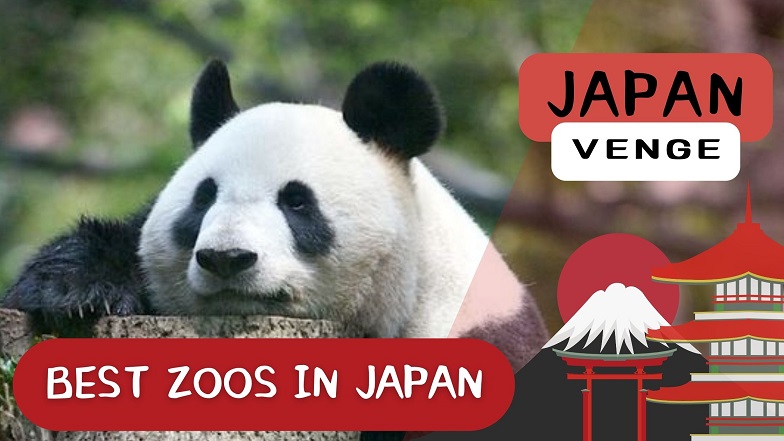 There are many zoos in Japan, but which one is the most popular and recommended?

If you’re looking for a perfect place to make time with your family and friends, I will highly recommend visiting some of Japan’s Best Zoos!

This time, I will introduce such Japanese zoos in order of popularity and recommendation.

Popular Zoos to Visit in Japan

Tama Zoological Park, located in the hilly area of ​​Hino City, is characterized by an open space with lots of nature and no fences.

There are more than 300 animals from Asia, Australia, and Africa on the large grounds. In fact, it also holds exhibitions that are rare even in Japan, and boasts popularity as one of Japan’s leading zoos, along with Ueno Zoo.

In the “Africa Savanna Zone”, an area that reproduces a majestic savannah, you can see the mysterious sight of Abeno Harukas, famous as the world’s tallest building, rising behind giraffes striding. The zoo-like scenery in the city is also popular as a photo spot.

Mother Farm is located on Mt. The 250-hectare site was built in February 1962 by Hisakichi Maeda, who founded Sankei Shimbun and Tokyo Tower.

At Mother Farm, there are sheep, cows, horses, goats, pigs, alpacas, capybaras, rabbits, guinea pigs, and many other animals. Not only can you enjoy the experience and contact.

Capybara, Ring-Tailed Lemur, Southern Elephant, and Sloth etc. are kept free-range throughout the kingdom, and you can freely interact with them and feed them.

Unlike general zoos, animals live in a state close to nature, so the animals are moving around lively.

It is a unique and rare northern animal and is famous for having baby snow leopards and polar bears. Another feature is that you can see animals from cute animals to powerful animals at close range.

As a zoo in the city center, the number of breeding animals is quite substantial.

In addition, there is an exhibition hall dedicated to reptiles where the indoor temperature is kept at constant temperature, and the breeding and protection of crocodiles and land turtles are gaining popularity. The best part is that it’s free.

Japan’s largest safari, set outdoors. You can observe animals up close by driving your own car, a dedicated bus, or a GPS-equipped safari navigation car.

In addition to driving around, there is a walking safari (closed in winter) where you can take a nature walk and observe animals while walking around the safari zone, a petting area where you can actually touch (feed), and a cat and dog house.

In addition, there is national recognition through TV commercials, etc.

Adventure World tackles new challenges every day under the theme of “interaction between humans, animals, and nature.”

It is a theme park with a unique style that combines a zoo, an aquarium, and an amusement park. During Golden Week and summer vacation, it is open at night, so you can see animals in a different way than during the day.

In addition, during the nighttime hours, a thrilling dolphin show, “LOVES Night Marine Live,” will be held and fireworks will be set off.

Ueno Zoo maintains nature and its scenery even though it is located in the center of Tokyo. It is an urban zoo that houses 3,000 animals of about 300 species.

READ MORE:  Ghost Towns in Japan - Are there?

Established in 1882 (Meiji 15), this is the first zoo in Japan and is known as the zoo with the highest number of annual visitors in Japan.

As a highlight, the giant panda, okapi, and pygmy hippo are the three rare animals in the world. Giant pandas are especially popular, and when breeding began again in 2011, there was a line of about five hours.

Asahiyama Zoo is the northernmost zoo in Japan, and the consistent theme within the park is “to convey” life.

The walk on the snow, which started as a penguin’s lack of exercise, is a popular event and is held every day only when it snows.

It surpassed Ueno Zoo in terms of the number of monthly visitors in Japan, and the behavioral exhibits are attracting attention as a guideline for future zoo exhibitions, with domestic and foreign zoo officials visiting for inspection.

Which is the Best Zoo in Japan?

So far, I have introduced the most popular and recommended zoos in Japan in case you’re looking for a recreation spot to visit the next weekend.

Try visiting these zoos once in a while and bring joy to your family and friends.