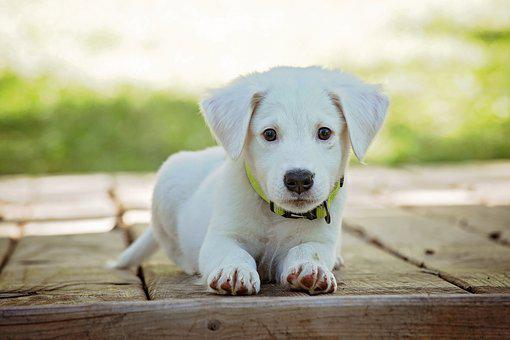 Dog in Japanese could mean many things depending on the context in which it is used. There are several ways to say dog.

Although there is a term commonly used by Japanese folks to describe this domestic animal, it differs in context. This post will show you how to say dog in Japanese.

Hopefully, after reading this, you’ll know the different ways to say dog in Japanese and how to use them appropriately so you can blend in quickly during your stay in Japan.

What is the relationship between the Japanese and Dogs?

Dogs are one of the most popular pets found in most Japanese homes, and Japanese kids have a great love for them. Interestingly, it is very easy to find dogs you would love to keep in your home in Japan.

A recent study also revealed that about 17% of Japanese families have a dog in their homes. Also, Japanese pet shops have a wide range of dogs to choose from.

It is a known fact that dogs are cared for in Japan. In fact, if a dog owner cannot take care of his dog, they can drop it off at the pet shop. The dog will then be handed over to someone who will take care of it.

The life and well-being of dogs are very important in Japanese culture. Dogs are well taken care of. They are not left to chance like other animals.

Here are the different ways to say dog in Japanese

Inu is the most popular and common way of saying dog in Japanese.

The word “Inu” can also refer to the plural form “dogs” because there are similarities between singular and plural words in Japan.

If you are in Japan or have Japanese friends and hear the word Inu, know that they are talking about a dog or dogs. Fun fact, they also used sarcastically this word to refer to people who are easily controlled or people who obey others without dignity and pride.

The word “Chuuken” means “Faithful Dog” and is another way of saying dog in Japanese.

In fact, it is practically a personalized way of referring to your dog. It combines words like loyalty and dog. There is a statue of Hachiko, a faithful dog, in front of Shibuya station in Japan. In essence, chuuken is used when talking about a loyal or faithful dog.

If you’re looking for a cute way to say the dog or you want to admire a cute dog in Japanese, then “Wanchai” is the word to use.

It is another way to say dog in Japanese. It is like saying doggie, bow wow, pooch, puppy, or puppy. Children use Wanchai on most occasions, but adults who would want to talk about dogs fondly or cutely can also use it. If you are in Japan and hear the word Wanchai, you should know what the speaker refers to.

kyouken refers to a mad dog.

This word can also be used in the plural form “mad dogs.” This word is written with two Kanji in the Japanese alphabet, which means Mad dog.

Whenever you hear the word kyouken, you should know it means “Mad dog.” Kyouken cannot refer to a human because it is informal and inappropriate

Another way the Japanese say “dog” is by using Kaiinu.

Kaiinu means “pet dog.” it’s an informal way of referring to dogs, so you will hardly hear someone say this in a discussion in a formal environment.

They are often used to distinguish between a stray dog, “Yaken” and a pet dog.

So when speaking to a Japanese person and you want to distinguish between a stray dog and a pet dog, you can use the word Kai Inu to show you are talking about a pet dog.

link to How to say please in Japanese

Koinu is a Japanese word for a puppy, and it translates to mean “small dog.

” This word is used when talking about a baby dog. It is another cute way of saying dog.

In rare cases, it can also refer to an actual dog. Doggu is also used to call a person someone else’s dog. For instance, calling someone a police’s “dog” implies a spy or secret agent. In this context, it is a derogatory term.

To the average Japanese, dogs are not just ordinary animals. They love dogs, and dogs are a huge part of their society and culture.

You can find dog characters in some folktales, down to their anime and mangas. Now that you know how much the Japanese value dogs when you travel to Japan, learn to treat their dogs with levity. Knowing how to say dog in Japanese is a much easier way to blend into their culture.