Like Naruto vs Ichigo, Gohan vs Goku is another fight created by anime fandom between the two anime characters.

Both characters are from the manga series Dragon Ball.

While Goku is the main character, Gohan is introduced as the first son of Goku by his wife, Chi-Chi.

These two characters are strong, and they possess superhuman abilities.

And because anime/manga is never complete without fan speculations, the question of who is stronger between Gohan vs Goku is a never-ending debate. So in this article, we’ll look at their abilities for a deeper understanding.

Dragon Ball is a Japanese media franchise with several series.

What began as a manga has been adapted into several anime such as Dragon Ball, Dragon ball super, dragon ball Z, and dragon ball GT. Akira Toriyama created it in 1984.

The series follows the adventure of Son Goku from his childhood to his adulthood, as he trains to become one of the most skilled martial artists. He met a young girl Bulma during his journey, who encourages him to join the quest for dragon balls. They both embark on the quest for the seven dragon balls.

While on this journey, Goku discovers his alien heritage, becomes a family man, makes lots of friends, and fights villains who were also in search of dragon balls.

Goku evolves throughout the series, gaining more martial art skills and powers until he becomes the first Super Saiyan.

Dragon ball, since its release, has become the most successful manga and anime series of all time, leaving anime fandom yearning for more of this series. The manga was sold in over 40 countries, while the anime was broadcast in more than 80 countries.

In fact, Dragon ball became the highest-grossing anime franchise of all time. It also became the third best-selling manga series as about 160 million copies were in circulation in Japan and over 200 million worldwide.

Dragon ball super which is an offshoot of the dragon ball franchise features Gohan as the child of Goku. The two characters are powerful Saiyans, bringing interest to the franchise.

Gohan and his abilities in Dragon Ball Franchise 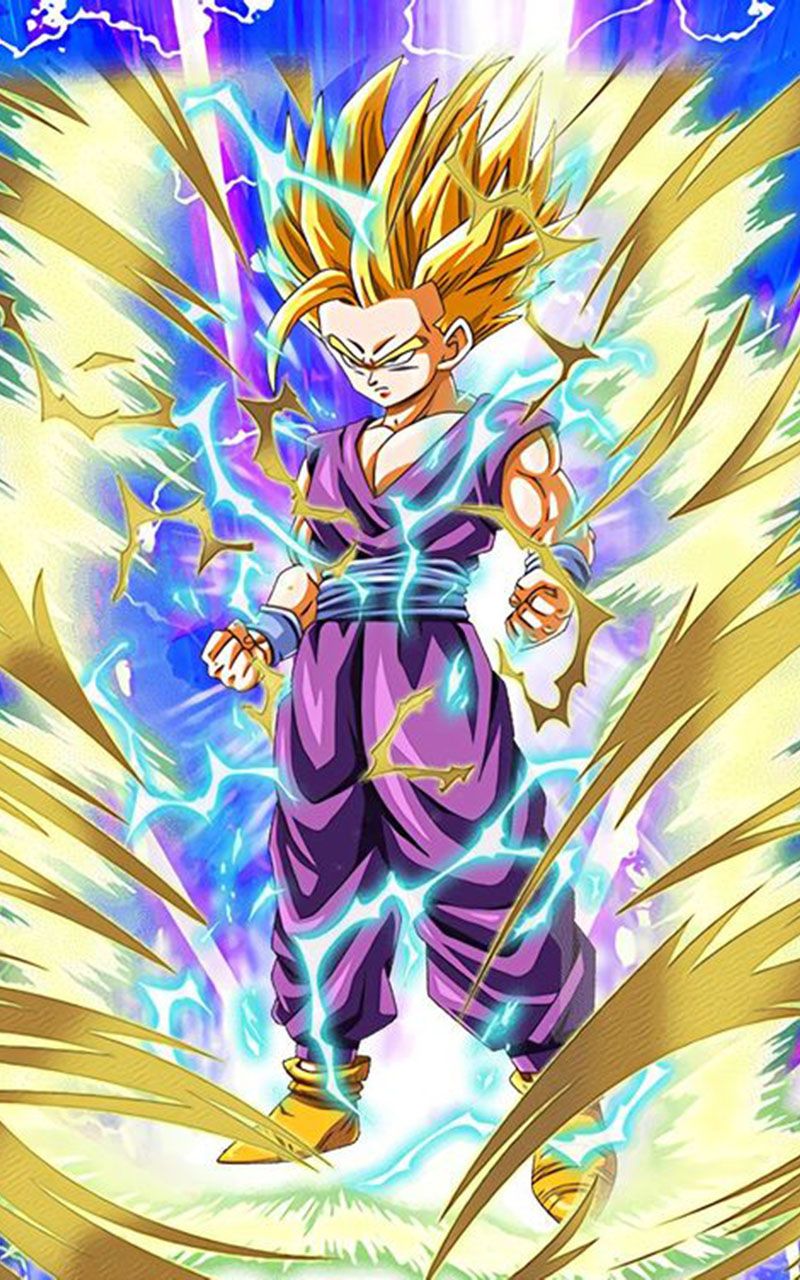 Gohan is a nine-year-old who shows great potential like his father. He is the first son of Goku, and his mother’s name is Chi-Chi. At a tender age, Gohan did not have much passion for fighting as Goku did.

Initially, his mother was strict and wanted him to focus on his studies instead of martial arts. But when trouble ensued, Gohan had to join the fight to protect Earth.

Like his father, Gohan is a strong-willed child who never backs down from a fight.

He is hardworking and determined to succeed. He first appears in the series at age four. Gohan is half Saiyan, unlike his father. When Gohan joined the fight, he showed great potential and became one of the strongest characters in the series.

He possesses superhuman strength and durability. Since he is half Saiyan, he is believed to be stronger than full Saiyans.

This makes Gohan gain more techniques at a younger age and faster than his father. Interestingly, when he was nine, Gohan achieved Super Saiyan 2, and he was the youngest to do so. Gohan techniques include ;

Just like Goku, Gohan developed the Kamehameha. He can fire a powerful Ki blast at his opponent. He also developed several variants of this technique.

Gohan fires yellow energy at his opponents. He raises his hand above his head to gather the energy before firing it at his opponent. Gohan developed many variants of this technique.

With Gohan, there is no giving up. If he misses the energy wave he fires at his opponent, Gohan will employ a flying kick with rapid movement to achieve the menacing flare on his opponent.

Gohan creates a yellow ring of energy with his index finger and channels it to his opponent when using this technique. With this, his opponent ends up getting trapped in the attack.

Gohan achieves special beam cannon by performing a concentration of Ki. To do this, Gohan concentrates Ki with his fingers which unleash energy strong enough to drill through his opponents.

With the golden dome attack, Gohan makes a massive energy sphere attack. This way, he forms an energy shield around his body, causing huge damage. He also possesses superhuman strength, superhuman speed, superhuman senses, and other abilities like his father.

Goku and his abilities in the Dragon Ball Franchise. 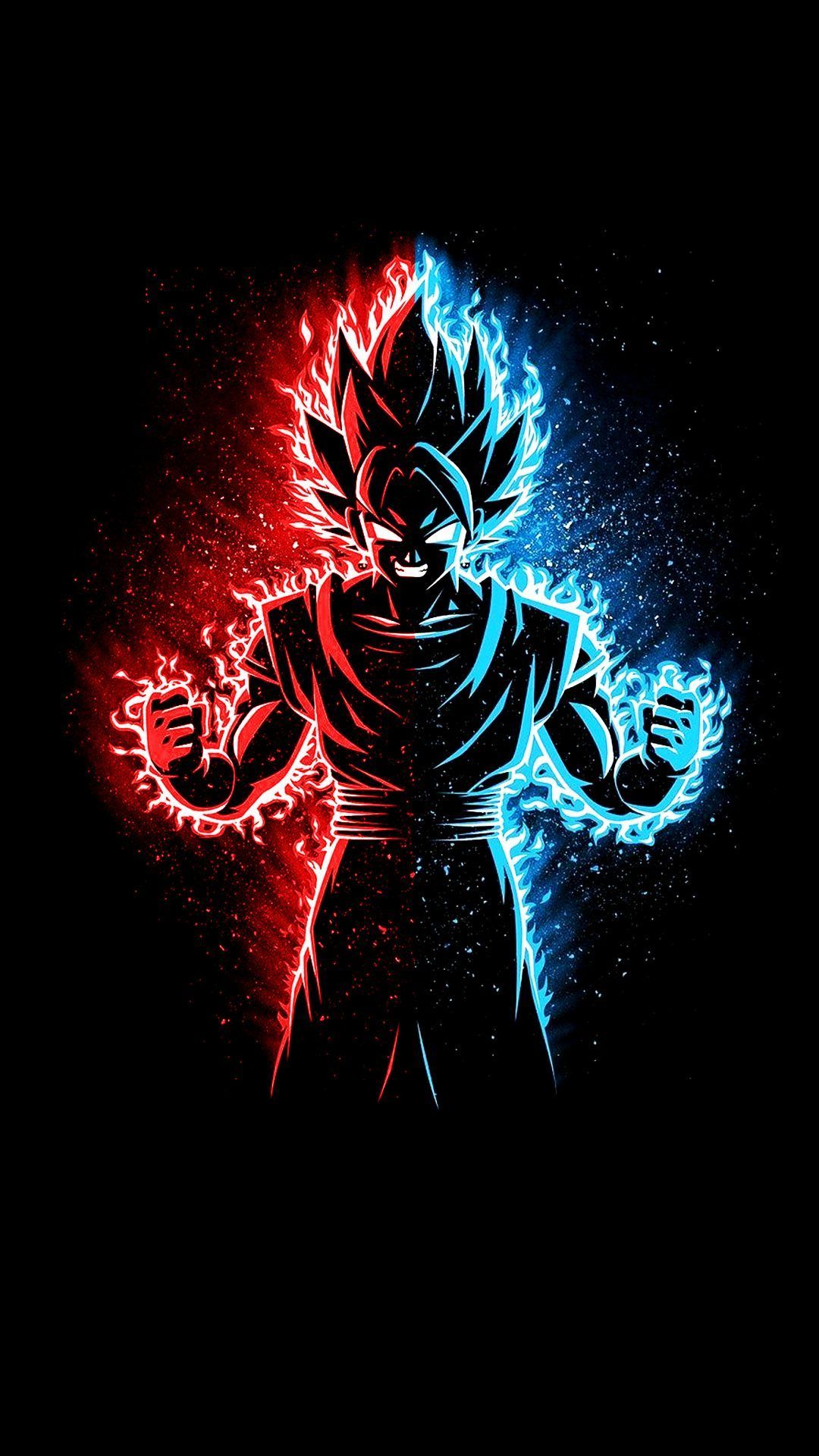 As you may already know, Goku is the protagonist and central character of Dragon ball. He is an interesting character that grew to become a very powerful martial artist. Since he trained from childhood, he has had superhuman strength to acquire martial arts techniques.

As the series progresses, we see Goku, a child, leaving his home searching for the seven dragon balls. Interestingly, he was a monkey-tailed child that accidentally killed his adoptive father, Gohan.

READ MORE:  What happened to Launch in Dragon Ball

On a full moon night, Goku transformed into the Ozaru, which was how he managed to kill his adoptive father. Shortly after this, Goku loses his abilities as his tail is cut off. While he set off on the quest for the dragon balls, Goku made new friends who helped him with his adventure.

He becomes very skillful and eventually obtains the most powerful Sayian. Goku’s first martial arts technique was the Janken. Janken refers to three physical blows formed by hands of rock paper scissors. Apart from this, he owned a magical item called Nyoi-bo. Goku controlled this item by making it move bath and forth. Other abilities Goku unlocked include;

In the Dragon Ball series, Goku displays his super-speed abilities many times. He is so fast that his speed appears to be faster than light. He can also fly to great distances in a matter of seconds. This makes his movements impossible to track.

Being a Sayian comes with much responsibility. Since Goku has worked so hard to attain the position with his several martial arts techniques, durability wasn’t left out. His durability made it impossible for him to sustain any damage from the earthling-made weapons, and it let him survive the universal force.

Superhuman strength was one ability Goku displayed with pride. He is so strong that no one comes close to him. Goku’s physical strength made it possible for him to smash any material or weapon. He destroyed 100% of the final form of Frieza beings with much stress. His physical strength helped him defeat his enemies.

In the final moments of the tournament of power, Goku displayed superhuman endurance. He was able to defeat Jiren and Frieza. Though he was injured and had very little stamina left, he still pushed himself up and won the battle.

Apart from his superhuman abilities, Goku possessed very high heat resistance and strong lungs. His powerful lungs helped him breathe even in the stratosphere. His heat resistance ability was first revealed when he was resting in the boiling saunas of the princess snake’s palace.

In the course of the series, Goku possessed so many super abilities. To become the Sayian and reach godlike levels, he had to undergo intense and intensive training. His signature attack is the Kamehameha.

Kamehameha involves concentrating a huge amount of Ki and firing it with two hands. Goku learned this technique from master roshi, and he can do different variations. Though Goku had superhuman abilities, he did not have immortality. Goku died about seven times in the series.

In the dragon ball series, both Gohan and Goku evolved to become the strongest Saiyans in the dragon ball world. During the epic fight between these two characters, Goku defeats his son Gohan. Though Gohan showed endurance, he encouraged Goku to unlock his most powerful abilities during the duel.

The latest Dragon ball super episode showed the fight between Goku and Gohan. Gohan seems to be training to develop his abilities in martial arts and seeks to train with his father.

Since the newly assembled team from Universe 7 was preparing for the Grand Zeno’s tournament of power, Goku was preparing his last-minute carb loading when Gohan came for a last-minute intensive training to enable him to unlock other latent abilities.

They set the same ring-out rules as the tournament of power. Goku at first displayed what his Super Saiyan 2 form looks like during the fight. Gohan, however, sensed that Goku was limiting his powers and wasn’t satisfied.

He then proposed an all-out Saiyan vs Saiyan fight to prepare himself for the final battle. Goku then obliged him by going super Saiyan blue while Gohan managed to keep the pace. Gohan showed great potential during the fight as he increased his powerful abilities.

Since the end of the manga and anime series, there have been several debates in the fandom as to who’s stronger, more powerful, and would win the other in a duel. While some are of the opinion that Goku is stronger since he won the fight, other Gohan fans will argue that Gohan is stronger as he shows potential in becoming a powerful Sayan.