When it comes to Japanese cuisines, there are several varieties of traditional Japanese dishes, including confections that are not only favorites of the Japanese but are also delish and rich.

These confections, including Manju, are known as Wagashi – traditional Japanese sweets better served as desserts. Of all the Wagashi confections, Manju is the easiest to make at home. It is quite simple to prepare and is best eaten fresh. Here’s all you need to know about Manju. 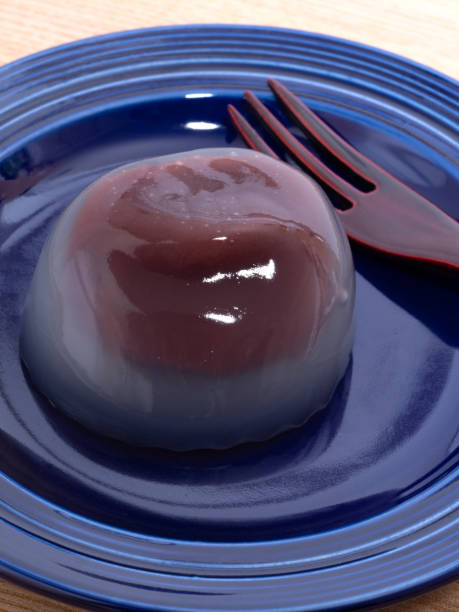 Manju is a Japanese confection that is rich in carbohydrates and other nutrients. It is one of the simplest confections to make in the history of Japan. What makes this delicacy unique is how tasty and creative it is. What’s more, it offers several flavors that you can pick from.

There are so many delicious varieties of Manju, but the most common one found on the streets of Japan is the sweet red bean paste Manju. Usually, Manju is made of two parts, dough, and filling.

After a Manju dough is made, the filling is added to give color and add flavor to this dish. Just like the different variations of Manju, there are different fillings used to make this delicacy, but the most popular is the sweet red bean paste filling.

Most Manju outer layers are made with flour, kudzu, rice powder, and buckwheat. It is such an enticing cuisine that tourists always wish to try it out on the streets of Japan. Manju is one Japanese dish you should definitely try when you visit Japan.

The history of Manju can be traced back to the 1300s, particularly 1341 when a Japanese envoy came back from China with the Chinese Mochi, known as mantou. These Japanese began selling the mantou in Japan as Nara-Manju. The dish became widespread and Japanese people couldn’t get enough of it.

Manju, an adaptation of the Chinese Mochi, has existed for a long time in China and was quite a popular sweet even though it was made from pounded rice cake. Since Manju was introduced to Japan, it has become one of the most popular sweetened foods that both the Japanese and tourists can’t seem to get enough of.

It has been a favorite for over 700 years and still is even today and has been passed on from generation to generation. Manju, like Japanese Mochi, is often prepared during festivals. Though one is more seasonally made, the other is now quite a common dish in Japan.

In today’s Japan, you can get Manju from any wagashi shop of your choice or from Manju street vendors.

Just like most Japanese delicacies, Manju has many varieties, flavors, or, as we have indicated, types. All these different types are peculiar to buyers based on taste, style, components, or region. Just like the ramen dish, Manju differs according to region. However, there are very common types of Manju that buyers always order.

Though they are seen as making Manju, you can call them the main types of Manju. They include; baked Manju and steamed Manju.

Steamed Manju is a Manju confection made through the process of steaming. Usually, the outer layer, which includes several ingredients like flour, eggs, milk, and sugar, is mixed to make the dough. After this, the filling is added before it is steamed to make your perfect Manju. Steamed Manju is the most popular type of Manju in Japan.

This style of making Manju is probably the most common way to make your homemade Manju. It gives the dish a crunchy cookie feel that you cannot help but munch once fully prepared. Instead of putting the Manju bun in a frying pan to steam, it is put in a greased oven pan and baked in the oven.

When it comes to creativity, Manju confection tops the chart. Apart from its many varieties, this Japanese sweet can be designed into several shapes depending on the choice of the confectioner and the region. Here are some of the popular varieties of Manju;

Type of fillings used in Manju

There are several options to pick from with Manju fillings, like the Okinawan sweet potato paste, marron paste, and the white or red bean paste. Other fillings include custard, peach, coconut, black bean, chocolate, apples, and peanut butter. Though these are some types of fillings used for this confection, the most common and traditional filling is the sweet red bean paste.

Difference between Manju and Mochi

Most times, newbies who want to try out Japanese cuisines confuse Manju with Mochi. While both are classified under the same Japanese sweets or desserts (Wagashi) list, they are not the same. Here’s how to differentiate between Manju and Mochi.

Mochi is a Japanese rice cake made from pounded glutinous rice, rice flour, or sweetened rice flour, while Manju is a Japanese sweet bun steamed or baked. It is made from wheat flour, cake flour, and rice powder with fillings. While Mochi is prepared seasonally, like on New Year’s Eve, Manju is eaten all year round.

How to make a perfect homemade Manju confection

To make your homemade Manju, you need to first get all the necessary ingredients to make your dough and your filling.

Ingredients for the dough

READ MORE:  What Does Chikan Mean in Japan

Make your filling: When you finally make your dough, wrap it up with transparent nylon and refrigerate it for 30 minutes. Then proceed to make your fillings. You can use any filling of your choice, but the red bean paste will give you a traditional Japanese Manju experience.

Manju is best eaten fresh, so you can experience the taste and flavors in this mouthwatering dish but it can also be refrigerated. In Japan, Manju is cheap. Due to its low price, it sells pretty fast. It is one of the many reasons people love this dish and why it is popular. Aside from that, it is delicious, tasty, and easy to make. You can make your homemade Manju using the above recipe.