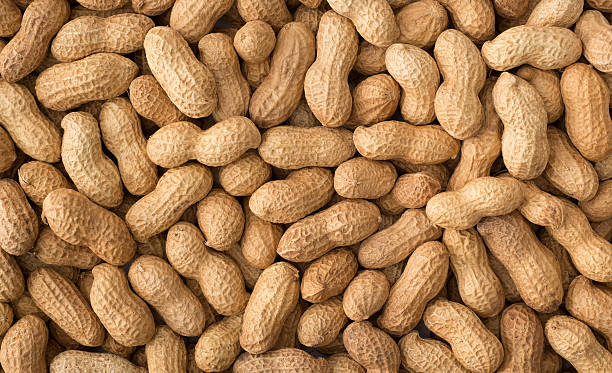 Just like any other peanuts, Japanese peanuts are snacks that can come in handy on days when you want to keep your mouth busy before having your main meal.

However, they are not just your regular peanuts. Apart from the fact that they are whole peanuts coated with a very crunchy shell and flavored with soy sauce, they are also quite historic. In this post, we’ll show you all you need to know about Japanese peanuts. 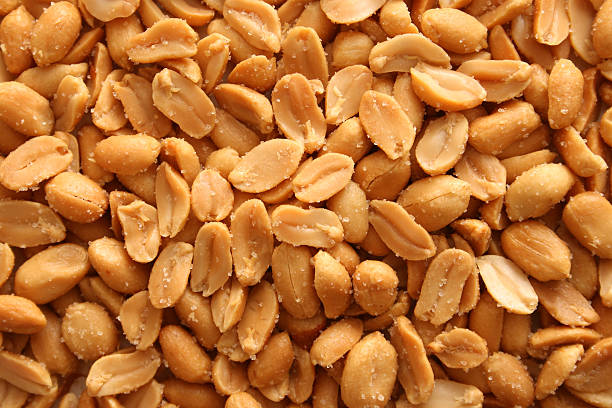 In Spanish, they are called Japanese Mani or Cacahuates Japanese. Ironically, these peanuts did not have their origin rooted in Japan.

Instead, it originated from Mexico. In 1945, a Japanese immigrant living in Mexico named Yoshigei Nakatani invented this peanut.

It all started in the 19th century when Japanese immigration to Mexico began. The Japanese, Yoshigei Nakatani, migrated from Japan. While in Mexico, he married a Mexican woman and lived in a Japanese neighborhood in the city’s capital.

Yoshigei had gained the skill of making candies while in Japan, and so he started making candies to sell. These candies were called “muegano.” After a while, he adjusted his candy-making with a new version of salted candy. This candy was called Oranda.

Yoshigei made good sales of his candies, but he added an element of home (Japan) to it. He then introduced soy and rice flour. However, he stuck with only soy because of the scarcity of rice flour. With this addition, the candy morphed into what we now know as Japanese peanuts.

Yoshigei Nakatani named his business Nipon, which means Japan. He did this in honor of his native country. The customers who came to buy them gave the name “Japanese Peanuts”. Yoshigei sold this for 20 years before he grew and become bigger, opening his first factory.

This big move made the Japanese snack more popular as it was now produced on a larger scale and was distributed and sold in different countries. In 2017, the brand was acquired by food conglomerate La costena which led to the founding of a new family business known as Dulcis Komiru. Though Japanese peanuts did not originate in Japan, it has Japanese influences and is a legacy of the Nakatani family.

What are Japanese Peanuts made up of?

Japanese peanuts are not your regular peanuts. They are bold and can be very addictive. If you eat one, there’s a possibility that you will not end up with one.

They are made with some of the finest ingredients. One thing that makes the Japanese peanuts so irresistible is the crunchiness because of the ingredients used in making them.

Japanese peanuts are not just delicious and crunchy; they are also very nutritious. Rich in minerals, copper, iron, manganese, magnesium, zinc, potassium, and phosphorus. And are also very rich in niacin and vitamins.

Also, they help with proper blood flow and are also good for the brain. Also, they contain a good amount of calories. One serving of Japanese peanuts contains about 140 calories. It also contains 15 grams of carbohydrates, 6 grams of fats, and 50mg of sodium.

There is no cholesterol in Japanese peanuts. However, you can look at the nutrients found in a pack to be certain. After that, you can choose what type to eat, depending on your health status. You can also combine Japanese peanuts with vegetables, whole grains, or beer yeast, making them healthier.

In today’s world, Japanese peanuts come in different variations. They have grown and are no longer limited to classic flavors and shapes. They now come in different shapes, textures, and tastes. The coating has also grown from rice and wheat flour to seaweed and Ikan Bilis flour. Here are some of the popular varieties you’ll find. 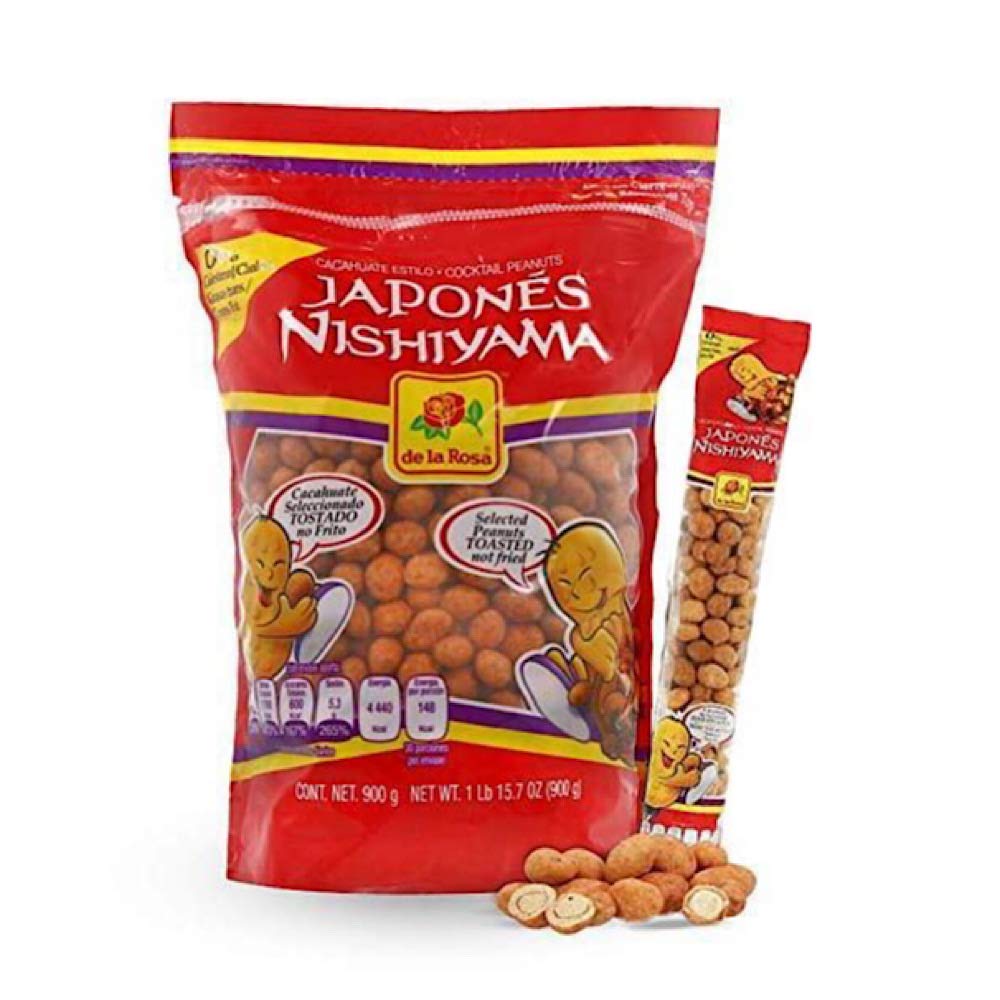 De La Rosa Japanese-style peanuts are different from other Japanese peanuts. They are seasoned and toasted. They also differ in taste and texture. They made this type of peanuts with a rice flour coating, giving it a unique and spicy taste. It comes in different sizes with a pack of 900 grams, which costs about $10. 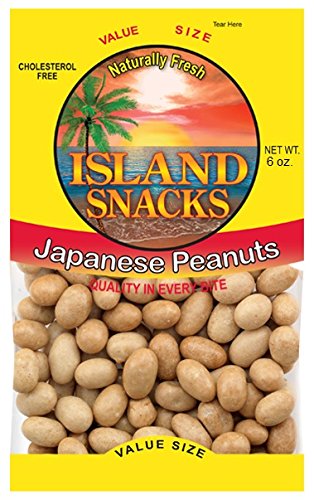 The Island snacks are very rich in iron. A single serving of this peanut has a calorie intake of 140 grams. It is a very handy snack, which means you can easily put it in your lunch pack for school or even your handbag for work. It comes in a pack of 6; an exquisite, bright-colored pack. It is also cholesterol-free. 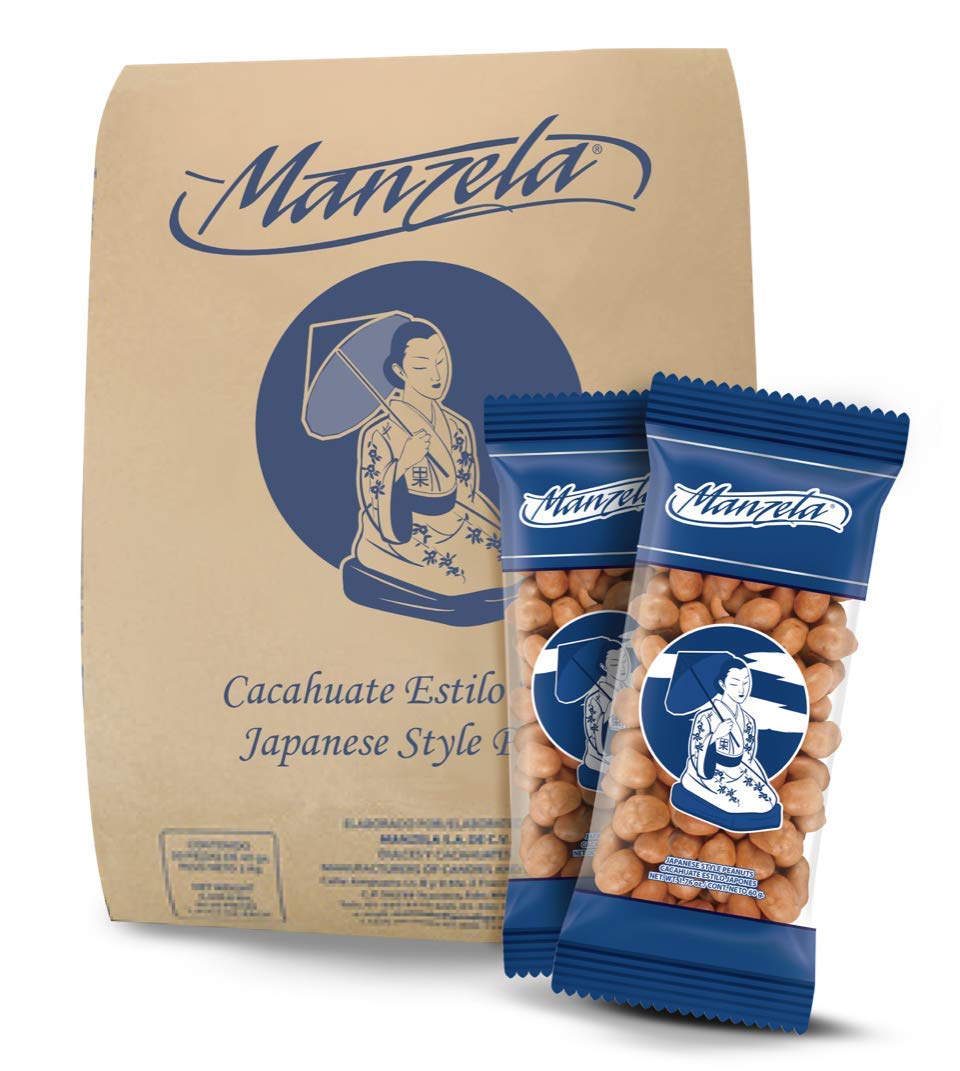 If you are based in the United States of America, you would have probably seen the Mandela Japanese-style peanut because it is very popular in the US.

They are very cheap and also very delicious. They also come in a very simple packaging which makes them easy to carry around. This peanut has its production facility all over Mexico.

They are manufactured in Mexico. This helps to maintain the originality of this flavor.

What Is the duration of use for Japanese peanuts?

How long Japanese peanuts last depends on whether it is an in-shell.

Japanese peanuts are delicious and a go-to snack for snack lovers. However, some people should avoid them because of their health.

How to make Japanese peanuts.

We have established that Japanese peanuts are very delicious, but wouldn’t you love to make them yourself in the comfort of your home? To make this snack, you first need to get your ingredients and syrups ready. Here’s what you need for your homemade Japanese peanuts:

Pour half a cup of water into a pan, and add one tablespoon of salt, one spoon of baking soda, and one cup of refined sugar. Then mix properly until it dissolves.

Add half a cup of American soy sauce, 1/3 cup of water, and one tablespoon of sugar. Add half a tablespoon of butter, half a teaspoon of monosodium glutamate, and half a teaspoon of salt. Mix well and allow to boil. Leave it on the fire until the bottom of the pan is dry. Place the peanuts back in the pan and spread well. Then put it in the oven to bake. You can occasionally stir it for 10 minutes, remove it from the oven, and it is ready to serve.

Note: The syrup is useful in peanut making.

Japanese peanuts differ from other types of peanuts. They are coated with wheat flour or rice flour and then deep-fried. Also, they are made with soy sauce or seaweed. Interestingly, they are very rich compared to other peanuts. And not only are they delicious, but they are also very crunchy and can become addictive. Hence, moderation is very important. So if you are enjoying your Japanese-style peanuts, be sure to do so in moderation. They have many health benefits. However, they can have a few cons, especially for people who are weight watching. Ever tried a Japanese peanut?