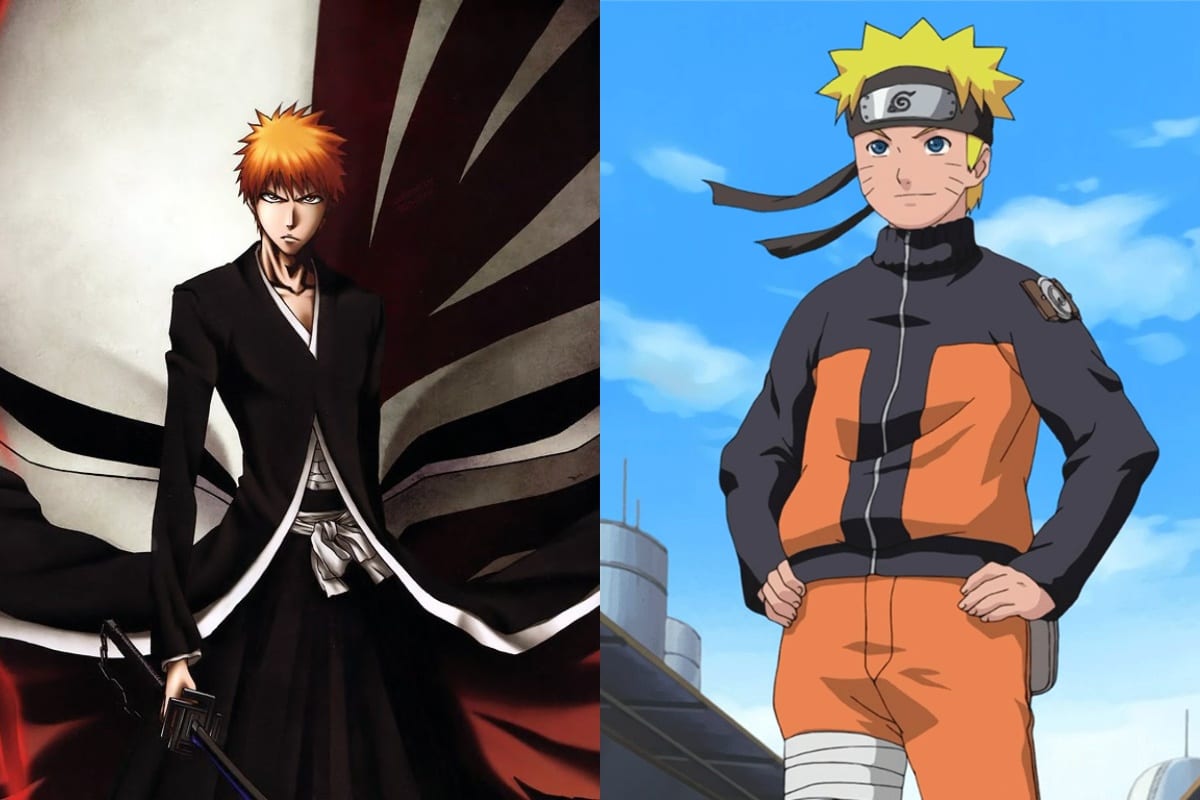 The question of Naruto Vs Ichigo has been raised by the anime fandom time and time again. Who is more powerful? Who will win? This never-ending debate has brought so much speculation.

Naruto Vs Ichigo is the 85th episode of Death Battle. It features both Naruto Uzumaki, Kurama, and Ichigo Kurosaki. Interestingly, Naruto and Ichigo are among the greats in anime when it comes to the power play. They are both powerful anime characters. Are you a curious anime fan? Let’s talk Naruto VS Ichigo.

About Naruto and his abilities in Naruto Series

Naruto Uzumaki is the protagonist in the Naruto series, which has about 220 episodes. This anime series was adapted from the manga created by Masashi Kishimoto. Naruto did not always have mind-blowing abilities.

He was an inept student that failed to graduate from the Ninja academy three times. Though Naruto Uzumaki didn’t excel academically, he was determined to make it and become his village leader -Hokage.

With his determination, he improved his skills to a point where he unlocked so many chakra abilities. Naruto as a young boy, was ridiculed and ostracized by the Hidden Leaf villagers, who saw him as a demon because of the nine-tailed demon fox sealed away inside his body.

As the series progressed, Naruto became powerful and defeated his enemies. He unlocked several chakra abilities and power levels he became so powerful; that he defeated even deities. You can even say Naruto is overpowered.

As the protector of the hidden leaf village, naruto’s rigorous training made him master several mystical fighting styles and have command over the tailed beast chakra. His first power level form was the initial Kyuubi chakra.

Other abilities Naruto unlocked include Bryan mode (this led to the death of the nine-tailed demon (Kurama) that was inside of him), rapid healing, flight, super strength, inhuman speed, sage mode, enhanced danger senses, frog kata, nine tails chakra mode, the Rasengan, the tailed beast ball, and summoning giant toads.

This is one of Naruto’s strongest abilities. After he can gain control of natural energy from mystical toads, Naruto can enter the sage mode, which enhances his physical abilities. Interestingly, Naruto can combine this mode with other transformations at once, making him practically unbeatable.

One of Naruto’s exciting abilities is his rapid healing. Since he has a symbiotic relationship with the nine-tailed demon fox Kurama, the tailed beast improves his healing abilities significantly. Through this healing ability, Naruto recovers from lacerations and injuries in minutes.

As a Ninja, Naruto moves quickly. Interestingly, he has this infamous run that makes him move as though he is teleporting.

With the vast pool of chakra he gained from Kurama, he moves so fast that only the most gifted enemies can follow his movements.

His enhanced speed makes him a threat to his enemies, and he could incapacitate the most powerful ninja in history.

Naruto’s shadow clones help to create an army for him. Apart from shadow cloning, Naruto can transform into anything and anyone.

He can also transform his shadow clones into weapons and create a giant fox similar to Kurama. This ability helped Naruto win several battles.

Chakra arms are another amazing ability the hero possesses.

After he successfully gained the nine tails chakra mode, Naruto learned how to transform his chakra cloak into extendable arms, which enabled him to mold multiple Rasengan at once.

With the chakra arms ability, Naruto can grab his opponents from a distance, even objects that are way bigger than he is.

The Bryan mode fuses Kurama’s chakra with his jinchuriki’s (Naruto). This fusion creates a new form of energy, making naruto stronger, faster, and deadlier than his opponent. However, it comes at a great cost as it is only accessible to the jinchuuriki housing Kurama and can lead to death.

Ichigo and his abilities in the Bleach series. 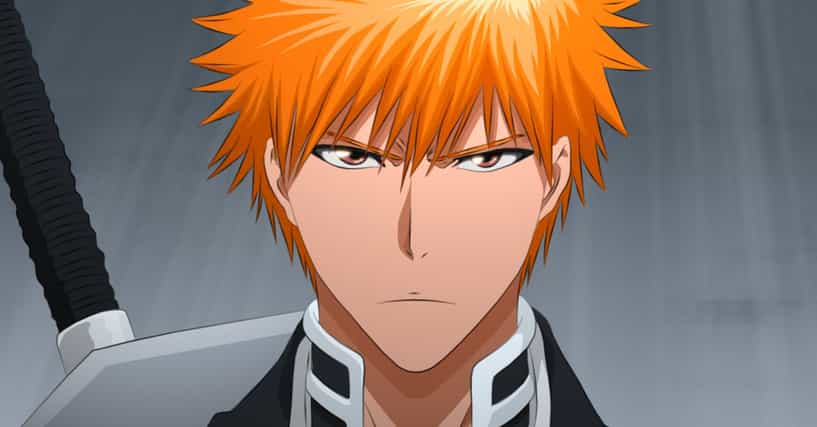 Ichigo Kurosaki is the main character and protagonist of the anime series Bleach which has about 336 episodes. As a hero, Ichigo possesses soul-reaping powers, which he received after befriending Rukia Kuchiki.

Ichigo is a blend of four races; human, hollow, Quincy, and shinigami. He is half shinigami and half Quincy and later becomes a wizard.

Ichigo’s most prominent physical trait is his orange hair, which makes him quite appealing to the fandom.

Though his character is cynical, sarcastic, blunt, witty, and sometimes disrespectful, Ichigo is a loving brother who protects his sister and the innocent. In the fictional city of Karakura town, Ichigo grows to become a powerful soul reaper that can transform into different forms.

Ichigo could wield this power to destroy his enemies. Hollowfication is when the strength limit of a soul is increased by removing the boundaries between shinigami and hollow.

In the final howfication, Ichigo undergoes several hollowfication power-ups and leaves behind his mask.

His Bankai combines all his powers in one form until he becomes a blend of his various powers. This makes him look like a hollow-humanoid fusion. His base strength was also improved. At this point, he could blend Getsuga tenshou with Gran Rey cero and defeated the Yhwach, who had undergone hybridization.

Another amazing ability Ichigo has is hand-to-hand combat. Ichigo has top-notch physical strength. Trained in martial arts since childhood, his agility and coordinated attacks cannot be downplayed. He is known for his powerful kicks, punches, counterattacks, takedowns, and body locks.

Apart from being skilled in martial arts, Ichigo becomes a master swordsman. While in his Shinigami form, he uses mostly swordplay. His overall sword skills allow him to fight against some of the strongest sword masters. Ichigo is also capable of wielding the sword with both hands. He also wields Zangetsu with his left hand.

Ichigo could always see spiritual beings and ghosts and sense their presence. When he became a shinigami, his senses improved, and he gained advanced sensing techniques.

Naruto vs. Ichigo: Who would win? 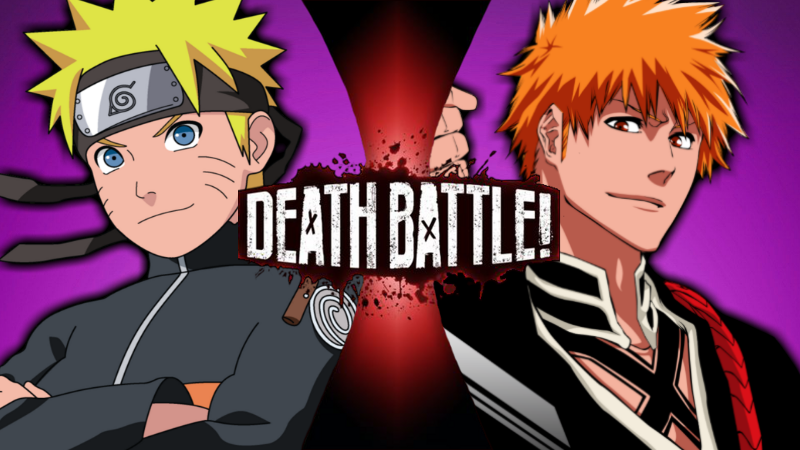 To solve this fandom mystery, we will compare their powers.

Naruto can unlock over thirteen levels of his chakras and also has inside him Kurama- the nine-tailed fox demon who fights alongside him.

He is also an incredible ninja fighter. When fighting, he can access some of these powers at once. One of his commonly used abilities is the Kyuubi chakra.

Ichigo has about ten transformations. He is mostly a soul reaper and one of the strongest characters in Bleach.

He can unlock several powers, including his hollow-humanoid mode, making him more powerful. Ichigo is one character that grows to become invulnerable. While some Ichigo fans may argue against this realization, it will be impractical to state that Naruto is incapable of defeating Ichigo with all of his abilities.

This goes without saying that it will be a tough battle since both characters are the strongest heroes in modern anime history. However, Naruto possesses more fighting abilities and attacks compared to Ichigo. While Ichigo is strong and can withstand attacks because of his enhanced strength and immense endurance, his powers and abilities are limited to ten.

In swordsmanship, Ichigo is a better fighter. His craft in swirling the sword is second to none.

Naruto is a great ninja fighter and a powerful hero, but he is not as skilled with the sword as Ichigo. However, his super-healing ability makes him undefeated.

These two heroes are powerful anime characters in their different series; however, if employed in a one-on-one battle, their powers will be a tough call. They both possess light speed. However, Naruto will emerge the winner because he’s faster and can employ more powerful forms (like shadow clones) than Ichigo.

Though some fans believe that Naruto vs. Ichigo is a draw on both sides, others argue that a fight such as this will end with either Ichigo or Naruto emerging the winner. This is what makes anime rather interesting; the ability for the fandom to create their own stories out of anime characters. Have you seen Naruto or Ichigo yet? What’s your take on Naruto vs. Ichigo?