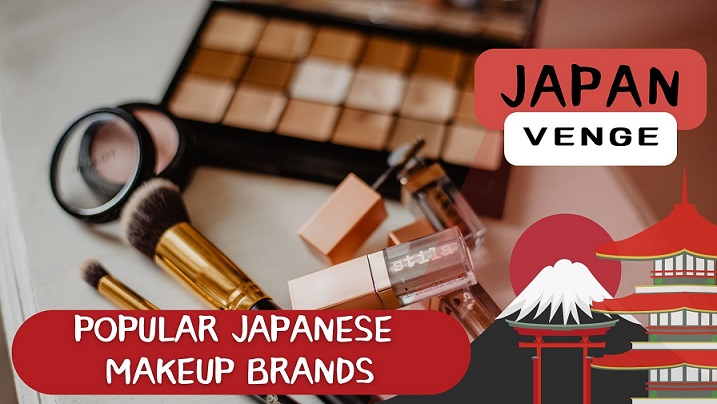 There are many cosmetics companies not only in Japan but all over the world, competing with each other with their unique technologies, aiming to acquire many users.

If you’re wondering which makeup brands are the most popular and have the most sold cosmetic products in the market, scroll down to this post as I will introduce Popular Japanese Makeup Brands and some of their sales information!

Its corporate slogan is known to be “Science of Beauty.” With their high technological capabilities since founding, they are continuously searching for various materials with hidden potential from unknown substances in the natural world. I’m delivering it to the woman inside.

Recommended: How to Choose the Best Japanese Masks

Therefore, one of Milbon’s characteristics is that customers are specialized and concentrated in beauty salons. Founded in 1960, they have sales offices and ambassador offices in Japan and overseas.

The market for general hair cosmetics manufacturers for professional use is 161.1 billion yen, and Milbon has a 15.6% share, which is the top share in the industry.

It is a popular company that deals in health foods, beauty equipment, etc. with a focus on basic cosmetics with “aqua collagen” as the main ingredient.

Based on the management philosophy of “saving all people who are suffering” and based on the know-how unique to the perspective of skin specialists, from a medical and cosmetic standpoint, product research and development, product strategy to meet needs, and medical cosmetics.

They are looking to raise awareness even further. On March 23, 2009, the company released Super White 377, a brightening beauty serum containing phenylethyl resorcinol, which was developed with hints of polyphenols with antioxidant properties, for the first time in Japan.

Its main sales channels are door-to-door sales and mail-order sales, and it does not open stores in department stores. “Noevir 505”, which is the top brand for the general public, has a high-class line of 60,000 yen for three items of lotion, milky lotion, and cream.

Mandom is a Japanese cosmetics manufacturer headquartered in Juniken-cho, Chuo-ku, Osaka-shi, Osaka, and boasts the sixth-largest sales in the domestic cosmetics industry.

They have the top market share in Japan for men’s cosmetics, mainly men’s hair styling products, and facial papers, and its main brand is Gatsby.

In 1989, Mandom introduced the LUCIDO series, known as the industry’s first unscented men’s cosmetics, and attracted a lot of attention. The product is also known for identifying diacetyl as the causative agent of “old man’s odor” in people in their 30s and 40s, rather than age-related odor, which is mainly seen in people in their 50s and beyond.

READ MORE:  Which Shampoo is Best For Asian Hair

Until then, cosmetics from other companies contained petroleum and chemical products, and the number of people who reacted to them with rough skin was increasing rapidly.

FANCL’s development was the beginning. If you are new to additive-free cosmetics, it is also the first time that FANCL has adopted many methods that had not been used in the cosmetics industry before, such as notating the date of manufacture.

POLA, headquartered in Nishi-Gotanda, Shinagawa-ku, Tokyo, is a company that mainly manufactures and sells women’s cosmetics.

In recent years, in addition to door-to-door sales, over-the-counter sales such as setting up “POLA corners” in the department store, cosmetics departments, and fashion buildings, and developing small stores named “POLA THE BEAUTY” with beauty salons.

In addition, since October 2011, they have remodeled a large bus and started operating a “Moving Salon” that tours all over the country as a mobile boutique.

In the world, they rank 7th in share ranking among cosmetics and toiletry companies. Kanebo Cosmetics Co., Ltd., a cosmetics manufacturer, is a wholly-owned subsidiary. It is a major company with many factories and sales bases in Japan and overseas, with strengths in integrated production from raw materials and distribution and sales systems.

The current corporate identity is “Aiming for his rich daily life in harmony with nature”, and has cosmetics brands such as SOFINA, est, and Kanebo. Manufactured and sold to retailers.

Kose is a company that mainly manufactures and sells cosmetics, and has the second-largest sales of cosmetics in Japan.

Since its founding, it has adopted a face-to-face sales format at stores by beauty advisors and is now a major Japanese cosmetics manufacturer that develops through various sales channels.

Since the latter half of the 1960s, they have aggressively entered the Asian market, including China, Hong Kong, and South Korea, and have steadily increased sales.

It is known as the first company in the cosmetics industry to form the category of serum and powder foundation, focusing on foundation and skin care, and is also known as the company that created the liquid foundation for summer and the two-way foundation that can be used with or without water.

They operate in approximately 120 countries and regions around the world, and our overseas sales ratio exceeds 50%.

Shiseido’s corporate slogan is “This moment. This life. Beautiful.” The phrase “Shiseido, Ginza, Tokyo” has long been used in the credits provided on TV and radio programs, and it is also known for its outstanding media exposure.

The second place and below are far behind, and the situation in the Japanese cosmetics industry continues to be the only winner.

What is the Best Japanese Makeup Brand?

While there are a lot of famous makeup brands in local stores, it’s also important to be more cautious with the cosmetics that we buy to make sure that we are only using not only effective cosmetic products but also safe to use.

Take down notes of the following brands and become more beautiful with their products without worrying if the makeup is safe and effective. These makeup brands speak for themselves and prove their quality just by names.