In Japanese society, snakes are a symbol of protection against misfortune and sickness. Snake in Japanese is called “hebi.” Much like the English version, hebi is the general and widely recognized name for a snake.

However, there are different snakes in Japan, and they all have other names in Japanese. In this post, you’ll learn how to say snake in Japanese. 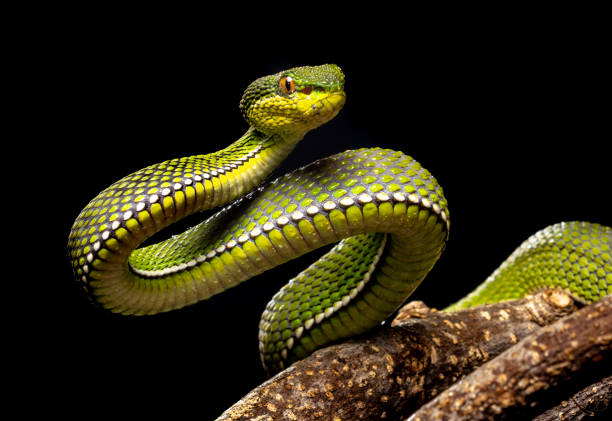 Japan is an island country in the Northwest Pacific Ocean. It is known for its diverse ecosystem, one of Asia’s wildest ecosystems. Japan has five main islands. It also has thousands of coastlines and quite many mountains and mountainous places.

The ecosystem of Japan makes it very conducive for snakes. In fact, because of its humid climate, Japan is home to many reptiles (snakes, wall geckos, lizards, etc.). There are about 47 species in Japan alone, and although most snakes are not venomous, the venomous ones are deadly.

The most common snake in Japan is the Japanese rat snake, known as Aodaisho.

This snake is quite harmless. The most dangerous one of all the snakes in Japan is the Japanese mamushi (Gloydius blomhoffii).

If this species bites someone, it causes the person’s tissues to liquefy. However, their bites are not always fatal. There’s a record of only 5-10 out of the 2000-3000 people that have bad repercussions from their bites.

There are also health benefits of snakes. The mamushi, for instance, can be boiled and eaten to increase blood levels. The flesh is also very useful. It can be used raw by placing it on wounds.

They also used it in the making of alcohol. It helps boost energy, and snakeskin can also cure ailments like migrating, sciatica, and rheumatism.

READ MORE:  7 Yurei Japanese Ghost Tales That Will Send Shivers Down Your Spine

Derived from the word “hamu,” which means “to bite,” hebi is the general name for a snake in Japan. It is commonly used to describe crawling creatures in the everyday Japanese language.

It is used to describe snakes, serpents, or any other dangerous snake. So when you’re in Japan, you can easily describe a snake or viper as hebi.

Mamushi is a very dangerous snake. It even earned the title of the most venomous snake in the country. It is recorded that about 2000-3000 people are bitten by this snake every year. Mamushi is approximately 48-81cm in length.

This small venomous pit viper looks pale gray, reddish-brown, or yellow-brown overlaid with irregularly shaped lateral blotches. The venom of the mamushi is a very potent neurotoxin and contains an anticoagulant.

It is the most dangerous of all the snakes in Japan and is found across the Japanese islands.

If you’re conversant with Japanese culture, you pretty much would have heard about Orochi- the eight-headed beast snake. Orochi usually refers to the Japanese mythological beast, the Yamata no Orochi.

It means the eight-headed great snake. Some translations, however, describe it as a serpent, dragon, or a hydra. Orochi is a legendary beast recorded in two ancient Japanese mythology and history texts.

Unlike other species, this snake uses their toxin in self-defense against predators and not to harm people. When faced with a predator, the yamakagashi will flee rather than stay and fight. It hardly kills people even with the amount of venom it possesses.

However, it shows defensive behavior against aggression and striking. The length of this snake is about 44cm, while the color varies from light olive green to reddish-brown with small blackish spots.

Yamanashi is the Japanese name for the oriental odd tooth snakes. They are an endemic venomous species found in most parts of Japan. The length of this snake is about 30-70cm, while the color comprises black stripes with a light-colored underside.

This snake is known for hunting from the forest floor at night. It uses leaf litter as cover while waiting for unsuspecting prey, mostly amphibians, and rodents. This species of snake is an endangered species.

They are very rare, and encounters with them are very unlikely. You would hardly see a Yamanashi when moving on the road.

Aodaisho, also known as the Japanese rat snake, is a non-venomous snake commonly found in Japan. It is considered not too dangerous and is the most widely encountered snake species you can see in the country.

Its length is about 3.5 meters. The major food of these snakes are rats, frogs, and lizards. You can find this snake species in forests and mountains or on mountaintops places. Sometimes they crawl into homes too. These species of snakes are not dangerous at all.

Erabu umi hebi, also known as Irabu, is the Japanese name for sea snakes, especially the black-banded sea krait. Sea snakes are the most venomous snakes in the world. They are very inactive and calm, and they try to avoid human encounters.

They are a tremendous threat to humans. These snakes have small mouths with fangs at the back of the jaw; it is quite rare for a sea snake to bite anyone. Sea snakes are extremely venomous, and there are several species.

If a sea snake ( Irabu) bites you, it is very important to seek medical attention immediately. Some symptoms that the bite causes are paralysis, painful muscles, and blurry vision.

The symbolism of snakes in Japanese culture 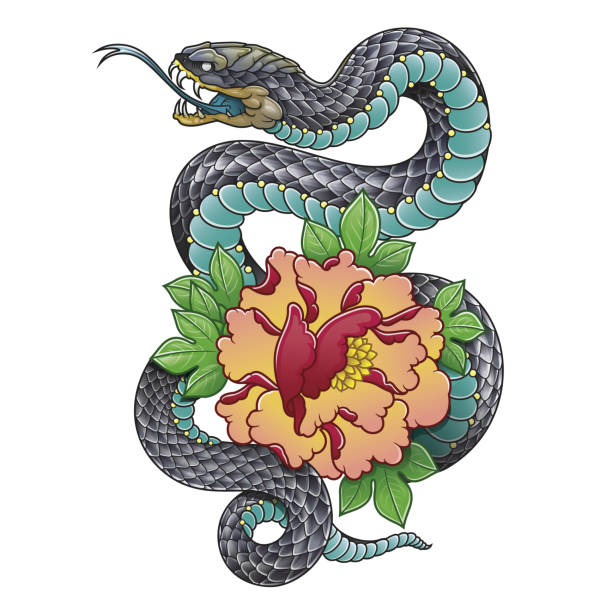 Snakes are honored as gods or messengers of a god. In Japan, snakes symbolize wisdom, good luck, strength, change, and protection against misfortune and illness or bad luck.

It is believed that if you meet a white snake, Good luck will come your way, while dead snakes mean bad news or bad luck. Because of the significance of snakes in Japanese culture, it is taboo to harm snakes or disturb certain habitats.

Seeing snakes is quite a regular thing in Japan because of its humid climate.

Snakes are very symbolic in Japanese society, they are respected and revered, and they are agents of good luck or messengers of the gods.

Now that you know how to say snake in Japanese, you can blend in with locals. There are other common words you can learn to say before you visit Japan like how to say please in Japan or Ways to say woman in Japanese.