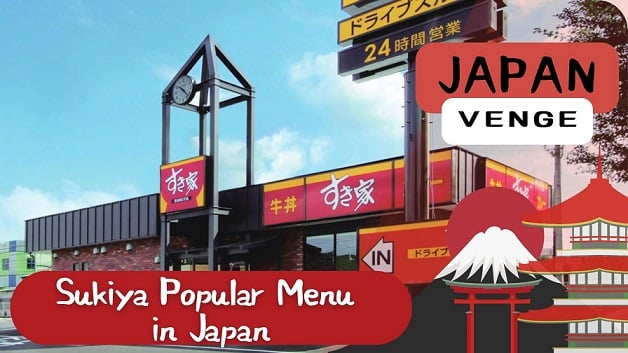 Sukiya boasts the largest number of gyudon chains in Japan, but which menu is the most popular?

Aside from the standard beef bowl menu, we have researched recommended and popular menus for set meals, breakfast, take-out menus, side menus, and toppings, and compiled them in a ranking format. The popular recommended menu ranking of Sukiya with the best cost performance is a must-see.

When it comes to gyudon, many people think of Sukiya. Founded in 1982, Sukiya is the latest to open after Yoshinoya and Matsuya, but it now has the largest number of gyudon chains in Japan, surpassing Yoshinoya, which has long reigned as the top gyudon chain.

Sukiya’s gyudon has a classic sweet and salty flavor that is loved by everyone, and the thinly sliced ​​meat is finely simmered to make it easy to eat, so it’s recommended for the elderly as well.

Sukiya’s staple is of course gyudon, but there are many other popular toppings and side dishes. We will classify Sukiya’s recommendations into three categories: popular menus, side menus, and takeout menus, and introduce them in ranking order.

We will also introduce how to order the secret menu using standard toppings, so please refer to it. Let’s start ranking the popular and recommended menus of Sukiya!

A bowl and not a bowl?

Sukiya’s popular recommended menu ranking is beef bowl light. Gyudon Light uses tofu instead of rice, making it a popular menu item for women and dieters who are on a sugar-restricted diet.

The addition of vegetables is a feature not found in other beef bowl menus, and although the price itself is higher than the mini beef bowl, it can be said that the cost performance is good from the viewpoint of nutrition and filling. It is served with grated radish and ponzu sauce, so you can enjoy it refreshingly even in the summer.

Pork soup can be changed to miso soup, in which case the price will be discounted by 110 yen. Many people eat it for breakfast as well as for lunch and dinner. This menu is recommended for those who do not want to finish their meal with a single item.

Sukiya’s classic along with gyudon

Sukiya is famous not only for its beef bowls and set meals but also for its delicious curries. Among such curries, Sala Um Pork Curry ranked in the popular recommended menu ranking.

As the name suggests, the smooth roux melts out the flavor of the pork, and the vegetables are also included, making it both filling and cost-effective. The flavor of spices is also quite authentic, and it is very popular with women. King size is secretly gaining popularity as a hidden menu.

The 12th place in the popular recommended menu ranking is the tuna tataki rice bowl from the seafood and rice bowl menu. The tuna tataki has just the right amount of fat and has a melt-in-the-mouth texture, making it a popular rice bowl dish for both men and women.

One of the reasons for its popularity is the fact that you can eat a full-fledged tuna tataki bowl for around 500 yen. Another strength of Sukiya, which has many stores, is that you can casually stop by and eat right away.

For those who want to eat rice and beef separately

Along with gyudon, the beef plate, which is also a side dish of Sukiya, is popular. The beef plate set meal, which uses the beef plate as the main dish, ranked 11th in the popular recommended menu ranking.

This menu is recommended for those who want to eat beef and rice separately, or for those who want to drink beer with beef. This beef plate set meal is slightly cheaper than adding a raw egg, miso soup, and pickles to a regular serving of gyudon, so it can be said that it is a good value-for-money menu.

The 10th most popular and recommended menu item at Sukiya is Unadon. Unadon is a rare menu that appears as a limited-time menu only in summer every year. The eel is marinated in Sukiya’s special sauce three times before it’s grilled until it’s fluffy.

The eel in the eel bowl is a single piece, but it’s quite large, and one of the reasons for its popularity is the cost performance of 790 yen.

Ranked 9th in the popular recommended menu is the Wasabi Yamakake-don, which is a beef bowl topped with grated yam and wasabi. It is a popular menu, especially for women in the summer.

Just like the katsuobushi okra bowl, the sticky texture of the yamakake goes great with beef. In addition, the fluffy and fluffy feeling of Yamakake is also gaining popularity. Even with the combination of beef and yamakake, which is easy to get tired of, the spiciness of the wasabi adds a nice accent, and you can enjoy it until the very end.

The combination of piping hot white rice, raw egg, and miso soup on an iron plate for breakfast is the reason why it is so popular even a large serving of rice costs less than 300 yen. It’s a simple breakfast menu, but it’s difficult to prepare at home, and it’s popular among office workers.

Also Read: KFC Japan Menu and What to Order

By far the most popular curry menu

Among the popular curry menus of Sukiya, which has beef bowls and curry on its signboard, the standard and classic is the beef aigake curry. Ranked 7th in the popular recommended menu ranking.

The orthodox pork curry is topped with Sukiya’s proud beef. It’s packed with plenty of vegetables, so it’s nutritious and recommended for take-out.

Sukiya is the original popular menu.

Sukiya’s original kimchi, which was carefully developed to go well with gyudon, is used. It is a dish that doubles your appetite by adding the scent of kimchi garlic to the rich taste of beef. It is also recommended when you want to add stamina.

In addition, green onions, which are popular as toppings for gyudon, are also topped on gyudon with grated daikon radish and ponzu sauce, making it a secretly cost-effective menu item.

It’s sure to become addicting

READ MORE:  What are the Popular and Famous Fast Food Chain Restaurants in Japan?

The 4th place in the popular recommended menu ranking is Takana Mentai Mayo Beef Bowl. It is a popular gyudon menu that has been included in the standard menu from the limited-time menu.

It’s a beef bowl with a rich taste, topped with the same strong taste of mustard greens, and a rich item called pollack roe mayonnaise. I feel like I’m going to get gout, and I feel guilty, but it’s delicious. There are many people who say that, and it can be said that it is a menu of the devil who eats it.

Sukiya’s 3rd place in the popular recommended menu ranking is the green onion beef bowl. Not only is it topped with plenty of green onions and raw eggs, but it is also topped with gochujang as a secret ingredient.

The freshness of the green onions, the richness of the egg yolk, and the sweetness and spiciness of the gochujang make up a trinity, making it a rice bowl menu that is guaranteed to go well with rice. Changing the raw egg on occasion is a popular secret menu among connoisseurs.

Sukiya’s most popular and recommended menu ranking is the classic beef bowl! Sukiya has a variety of menus, from topping gyudon, seafood bowls, and set meals, but many people tend to order the simple gyudon.

A gyudon with no toppings looks simple at first glance, but there are actually some special ordering methods called hidden menus, and in some cases you can increase the cost performance.

The standard is the King beef bowl, which is voluminous beyond mega. It’s not on the menu, but you can order it.

In addition, there is a special order method called Nikushita. Nikushita means that the beef is placed under the rice, which is convenient when you want to take home a soupy gyudon without the juice leaking out. If you want to specify the type of meat, there are more toro = more fatty meat, more red = more red meat, and negidaku = more onion.

A taste loved by children and adults

It is a popular gyudon that has a wide range of support, especially among women. The combination of sweet and spicy beef and 3 kinds of cheese is outstanding, and it is a dish with a rich yet mellow taste.

We also recommend adding Tabasco in the middle to change the flavor. Cheese beef bowl is delicious enough as it is, but there is a secret menu that has become a hot topic on SNS.