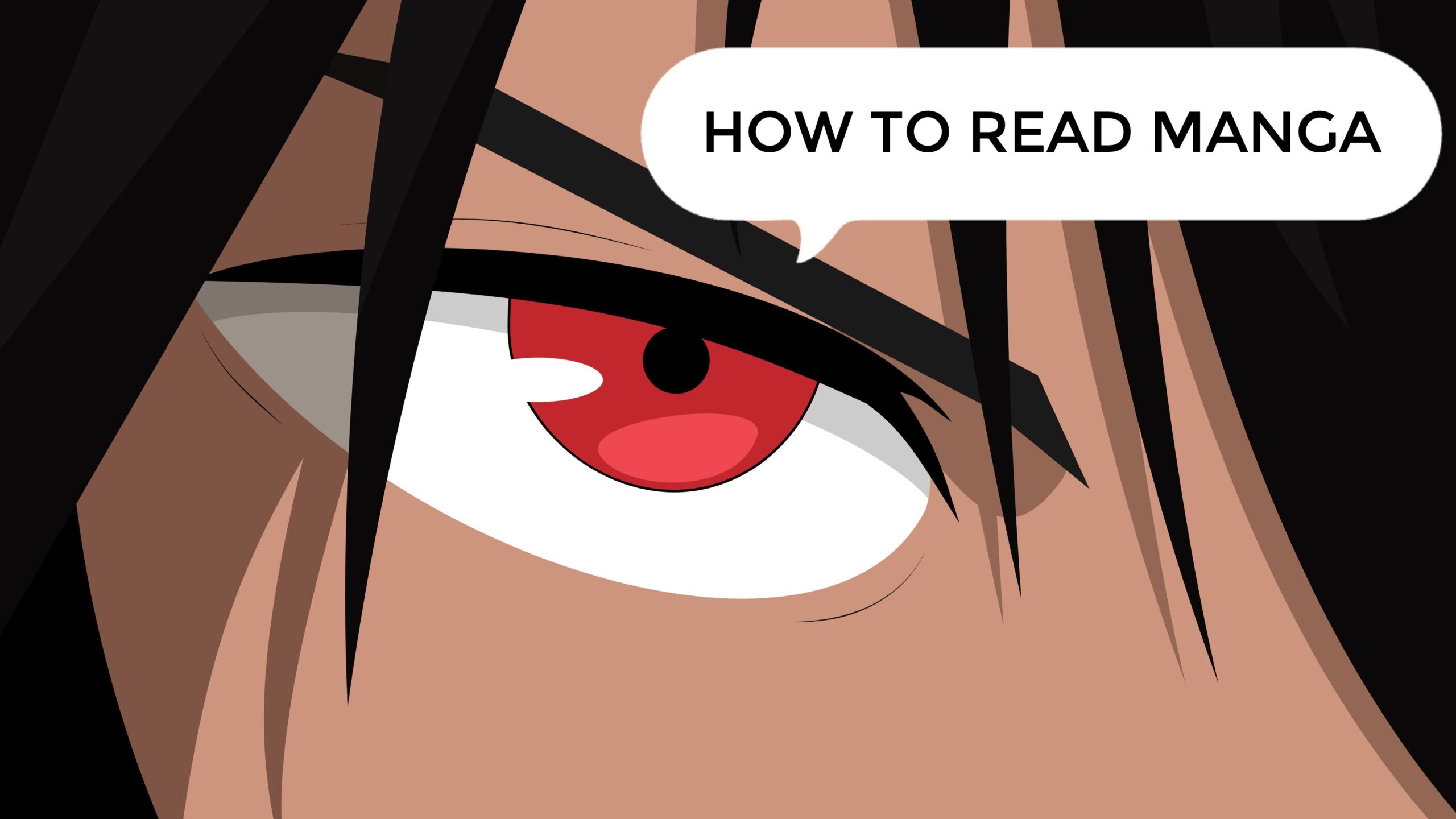 As with Japanese writing, manga stories are typically read from right to left and from top to bottom.

The tale is divided up into koma frames. So, in order to read a manga page, begin with the koma in the top right corner and end with it at the bottom left.

It might sound obvious, but how would you know if you’re unfamiliar with manga? Because manga is printed right to left, something some people may not be aware of.

Consequently, you start reading a manga volume from what a standard English-language reader would consider the book’s back. Reading lists used to come with translated manga series published by North American publishers.

Manga is a style of narrative that primarily emphasizes visual aspects and was influenced by the serialized cartoon strips that were first published in Japanese newspapers at the end of the 19th century.

All ages read manga stories, which resemble comics and visual novels and span a wide range of genres like romance, science fiction, and political commentary.

Japanese comic books and graphic novels are known as manga, whereas Japanese animation is known as anime. Despite the fact that both are frequently regarded as genres in the West, they actually describe the way the content is created.

Here are some tweets says they prefer reading manga than watching anime.

How Do You Read a Manga?

A manga is a Japanese comic book; the Kanji for manga is. Although the form of manga itself has many antecedents in earlier Japanese art, the majority of manga adheres to a style developed in Japan in the late 19th century.

No matter where they are from, comics are more commonly referred to as manga in Japan.

The term “manga” is used to refer to a Japanese comic in the West, but it can also refer to a non-Japanese comic that adheres to the standards of popular Japanese productions or to refer, by metonymy, to other visual goods that are evocative of some of these comics (cartoons, graphic style, etc.).

With the exception of the cover, the majority of manga is drawn in black and white due to its high rate of release and to keep printing costs down. The first two countries that read the most manga are Japan and France. A mangaka is the creator of a manga.

READ MORE:  The Pokémon seasons in order To Watch

These are the essential details regarding manga that you need to know. For a newbie, this is crucial because you might have heard the word but not know what it genuinely denotes or implies. Let’s move on to the more useful considerations.

Why Are Manga Stories Read Backwards?

One of the most peculiar aspects of manga for Western readers is that it is read “backwards,” or from right to left. Why is it the case?

Actually, due to the strong impact of Western culture, Japanese is now primarily written from right to left, as opposed to the old writing system of Japan, which had texts written from left to right (you can also write vertically, but that is not as common as it was in the Middle Ages).

When the Japanese started printing dictionaries of European languages during the Meiji period, horizontal writing was introduced to Japan. Books were initially produced with a combination of vertical Japanese and horizontal European text, requiring a continual 90° rotation of the book while reading. Because of how inefficient this approach was, horizontal writing rapidly gained popularity.

The Pocket Illustrated German-Japanese Dictionary, which came out in 1885, was one of the first books to employ yokogaki in part. The style of migi yokogaki, or “right horizontal writing,” in which characters were written from right to left, did not last for very long when Japan was first switching to horizontal writing during the Meiji period.

Currently, hidari yokogaki (literally, “left horizontal writing”) is the norm. Migi yokogaki appeared to be an Arabic letter with a left-hand line ending. It might have been an attempt to adapt the conventional right-to-left writing style, but it never caught on.

Discover the various genres of manga

The main categories of manga are five. Men’s manga is another term for seien. Manga for women is called josei.

Girls read shojo manga, whereas boys read shonen. And kodomo is the name for children’s manga.

Check out these cool japanese words

Manga spans a wide range of styles and subjects. Action, mystery, adventure, romance, humor, slice of life, science fiction, fantasy, gender-bending, historical, harem, and mecha are some of the most popular manga genres.

Spend some time perusing popular series before beginning to read your first manga. The science fiction television programs Ghost in the Shell and Akira are two examples.

Choose a manga series that matches your interests and personality

It’s time to decide what kind of manga you’ll be reading after you’ve investigated the many genres and subgenres of manga and become familiar with a few well-known series. Follow your instincts and pick an activity that makes you genuinely happy.

Start with the first volume of the series’ manga

Manga are frequently serialized and have numerous stories. Ensure that you begin with the first story and read the series from beginning to end in order. A series’ episodes may be released collectively in a collected edition if it is sufficiently well-liked. On the cover, the issue and series are typically printed.

Place the book so that the spine is towards you

When reading manga, the magazine or book spine should be on the right. Make sure the spine is to the right and the leaf ends are on the left as you place the manga on a table. If you compare it to English texts, this is “backwards.”

Start with the title, author’s name, and edition on the side

It’s crucial to start reading manga on the appropriate side. The title of the manga and the author or authors’ names are typically printed on the front cover. If you come across a caution that states, “You’re reading the incorrect way,” flip the manga over.

Dialog boxes should be read from top to bottom and right to left. Reading dialog balloons from right to left is also the proper way to read the conversational text between characters. Start reading the speech balloons in the upper right corner of each individual panel and go from right to left, then up to down.

Black panel backgrounds should be read as flashbacks. When the background of a manga panel is black, it typically means that the events depicted in that panel took place before the manga’s tale. A flashback to an earlier event or time period is indicated by black backgrounds.

A character’s annoyance or relief can be inferred from a sigh bubble. Manga characters frequently have an empty conversation bubble at or below their mouth in the illustrations. Sighing is indicated, and it can be taken to mean either relief or aggravation.

Blushing is indicated by lines over a character’s face. Manga characters frequently have lines drawn over their cheeks and nose to simulate flushing. These facial expressions can be read as signs of embarrassment, exuberance, or even romantic sentiments for another character.

Take a nose bleed to imply lust, not harm. The majority of the time, when a manga character has a nosebleed, it signifies they are either thinking or staring lustfully at another character—typically a stunning woman.

A sweat drop signifies humiliation. On occasion, a sweat drop may show up close to a character’s head. This typically suggests that the individual is ashamed or particularly uneasy in a particular circumstance. This is typically a milder form of embarrassment than blushing.

Consider despair, irritation, or fury when interpreting face shadows and dark auras. When a manga character appears in a panel with a floating purple, gray, or black blob or shadow in the background, this typically represents the character’s negative energy.