Anime is quite popular in Japan.

It is an art form with a significant history in the country. In fact, millions of people watch anime and its written version; manga during their spare time. In 2016, the anime industry in Japan recorded about 17.7 billion dollars in revenue.

This not only shows the popularity of anime in the country, but it also shows that it is well-liked. In this article, we’ll look at anime in Japan, its history, and the reasons Japanese like anime.

6 Reasons Anime is Popular in Japan

There are many reasons the Japanese like anime. While some of these reasons may be personal, there are quite a few that resonate across every Japanese anime fan. The popularity of anime in Japan is tied to certain factors and reasons. So here are 6 reasons Japanese like anime. 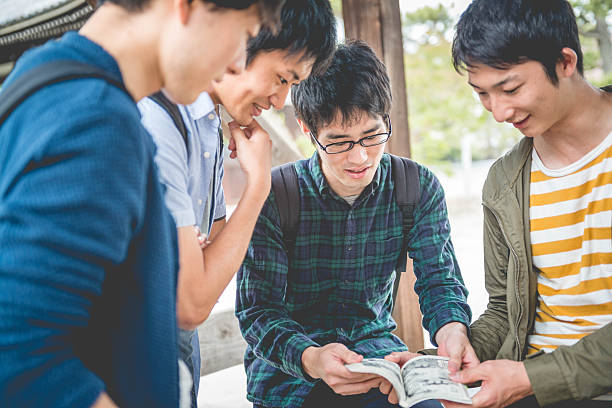 For core anime lovers, the term “like” is an understatement of how strongly connected they are to the world of anime and manga. Anime in Japan has a symbolic representation. Apart from being an art form meant to entertain, anime represents Japan in its full form, both ancient and contemporary.

First, it has its influence on traditional Japanese arts like the “kabuki.” Kabuki is classical Japanese drama characterized by heavy and detailed makeup. This makeup is worn by performers to create colorful characters.

Not to talk of the Yurie, yokai, and other Japanese ghosts and monsters drawn from Japanese myths, legends, and folklore. Seeing how deeply rooted this art form is to its roots, and also how it develops, corresponding to societal changes, is one reason anime is popular in Japan.

2. There is an anime for everybody.

What makes anime appealing in the country is its audience cuts across demographics, genders, and ages. It captures the experiences of the Japanese from childhood to adulthood. So contrary to animation in other parts of the world, anime is for everybody.

In Japan, there are different anime series for different ages that people transition to.

It is like a rite of passage where one gets to a certain age and then transitions to a different kind of anime. For instance, there are anime for kids between the ages of 6 and 18.

Anime like Shounen and Dragon Ball are aimed at boys of this age.

These anime feature adventure and action stories. Shoujo is aimed at teenage girls above 12. At this age, it is believed that these teenage girls would typically want “shonen-ai.”

There is also anime for adults. These anime are designed with serious themes, complex plots, characters, and adult humor. This specialized anime is referred to as “seinen.” It is for adults above 18.

3. The fast rise of television in the 60s

The fast rise of electronics in Japan influenced the growth and popularity of anime. In the 1960s, television was now widely spread globally, giving anime the best platform for publicity. Anime creators could now visualize and share their works.

READ MORE:  Shirime: The Myths and the Legend.

The first-ever anime TV show was created in 1962.

Not long after, anime dominated the Japanese broadcast media industry.

This growth spiraled when anime was now targeted to different age groups and gender. This rise made anime not only popular and loved in Japan but on the global scene as well.

4. The long culture and history of visual arts in Japan

Another reason anime is popular in Japan is its connection with the history and culture of Japanese visual arts. Japan has a history of visual arts long before the existence of anime and manga. Visual arts in Japanese history are visible through some classical Japanese arts of refinement.

They include calligraphy, tea ceremony (Chado), and ikebana. Ikebana dates back to the 7th century. It is the ancient art of Japanese flower arrangement, while Chado is a tea ceremony. This refinement arts have a role in making Japanese locals more appreciative and have accepted anime because of the visuals.

5. Japan and its love for kawaii

Kawaii is the Japanese term for cuteness. As a cultural phenomenon, the Japanese love for cuteness or anything adorable characterized it. In Japan, kawaii is used to refer to something as unique, adorable, and cute.

It is also used to refer to anime as a unique attachment to cute things and people. Kuwaii in Japan is also largely associated with the Japanese love for anime and manga. This is because it has transformed anime characters into national icons. Some of these characters include “Pikachu” in Pokemon.

Apart from this, it also dominates these entertainment industries. Anime and manga go toe to toe with these big ones. It is a huge part of local Japanese popular culture. This is because it thrives in its authentic relation with Japanese cultural arts.

Though there is a percentage of Japanese that probably find anime boring, it is low compared to anime and manga lovers in the country. Anime is so popular that yearly conventions are organized for anime lovers. In fact, the anime-themed snacks, products, and souvenirs sold in the Japanese market are enough to show that the Japanese are big-time fans of anime.