Japan as an island nation was not always known as Japan. In fact, the word Japan is a foreign word to native speakers of the Japanese language. It is an English version of the original names Nippon and Nihon. So in this article, we will discuss why Japan is called Japan.

Where does the name Japan come from? 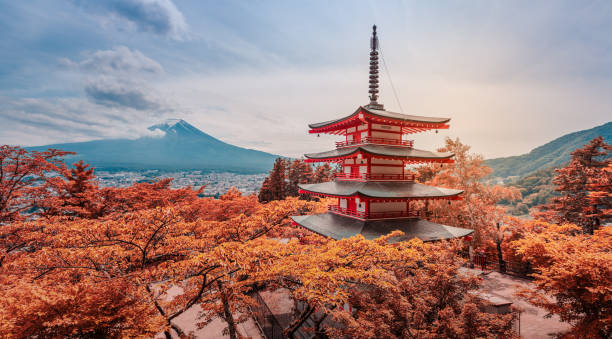 The history of the name Japan can be traced back to the early times, centuries or decades ago. Then, trading was the primary means of interacting with people from different clans.

In those days, writing was not a very popular form; however, information was passed by word of mouth. Those who could write, like the merchants, documented their adventures and experiences.

Japan, as it is now popularly known by foreigners, was called by many names. These names largely influenced the current name it is called. For instance, the English word “Japan” has a circuitous derivation and has many influences.

Historically, Japan was referred to based on its archipelago and geographical location. Since the country comprises several islands, people referred to them as either land with eight islands or the land of the rising sun.

In Mandarin Chinese or Wu Chinese, Japan was referred to as “cipan-guo,” which translates to mean “sun origin -kingdom” Guo in Chinese translates to a kingdom which means the Chinese people call Japan “land of the rising sun.”

Interestingly, this name “cipanguo or cipangu” was recorded in Europe’s account of Marco Polo, written by Marco Polo himself. A story of an adventurer and veteran merchant who journeyed through Asia to a land filled with silver and gold. Here, that land was Japan.

It is important to know that the emergence of the name Japan can also be traced to the Portuguese, who got introduced to the word after their encounters in Malacca during the 16th century. During their trade, they encountered the Malay word Jepang, Jepun, and Jepang.

Based on history, it was recorded that Malay and Indonesian borrowed the word from non-Mandarin Chinese languages, and the Portuguese traders were the first to introduce the word to Europe. In 1577, Japan was first recorded in English as “Gaipan.”

Fast forward to the modern-day, the country’s official name in English is “Japan.” You should have in mind that before Japan was called any of these above names in several languages, it was known as “Wakoku.”

Why is Japan called Japan?

Though Japan is called many names, the country is called Japan in English based on the influence of recorded history and general acceptance. Natives of the country within themselves refer to Japan as Nihon-koku or Nippon-koku. However, to the rest of the world, Japan is Japan.

Since the English people recorded Japan as the official English equivalent of Nippon or Nihon, foreigners have widely accepted it as the country’s name. In fact, Japan is used in Japanese for foreign branding.

As mentioned earlier, Japan is called Japan due to various influences over the years. The name came from a large chain of influences and interactions during trade between Japan and the Chinese, Indonesians, Portuguese, and English people.

Regardless, a large percentage was drawn from the influence of Mandarin Chinese or possibly Wu Chinese. Also, when writing was introduced, Japan borrowed the Chinese writing form while still maintaining Japanese pronunciation. This form of writing was known as classical Japanese.

Over centuries ago, Japan has been called many names. These names have largely shaped the history and emergence of the current name and the official English translation. Before ever the name Japan was written, it was first spoken. Though we cannot ascertain what the earliest people of Japan called themselves, they have been called several names. Here are the names Japan has been called;

In Japanese, Nihon and Nippon are the official names of Japan. While it is called Nihon, it is also called Nippon. Technically, they are both correct. However, Nippon is more popularly used for official purposes like money stamps and international sporting events.

Japan is also called Nippon-koku, which translates to “The State of Japan” In Kanji, “Nichi” means sun while “hon” means origin. The pronunciation of these names differs based on the influences the Japanese language has received over the years.

In addition, there are no fixed rules to how these words are pronounced. So you can either call it Nihon or Nippon in Japanese. Though they are both different, they are accepted as the official names of Japan.

Jipangu is believed to have been derived from the Portuguese recording of the Mandarin Chinese word of Japan, which means “sun kingdom” when translated. It is this record of Japan’s name that informed and influenced the English derivation “Japan. “

Firstly, Cipangu was mentioned in Marco Polo’s account and appeared on the European map and the Fra Mauro map in 1457.

Classical names of Japan were invented after introducing Chinese into the Japanese language. These words appear in historical texts, Japanese emperors, and gods.

In 711 – 712CE, the oldest Japanese text tells the mythical story of the creation of Japan. This text known as the Kojiki describes the birth of Japanese land as “Oyashima,” meaning Eight Great Islands. These islands are what we know now to be Honshu, Kyushu, and Shikoku.

You should know that it is still not clear if the ancient people of Japan used the name. Since the Kojiki (Record of Ancient Matters) was written in the 8th century. The kojiki is a Japanese religious text written in classical Japanese, pairing Chinese characters with Japanese sounds.

The name Wa, also known as Wa-koku, was given to Japan by the Chinese. This was after they encountered some Japanese people who lived in the southern part of the country. According to historical records, Emperor Guangwu of Han gave a golden seal to the first Japanese envoy that visited China. This was in 57CE.

In Japan currently, a national treasure of Japan has a seal inscribed with “King of Na, Land of Wa, Vassal to Han Dynasty.” Though it is not recorded when Japan went by this name, they were called Wa.

In the Chinese Old Book of Tang, it was recorded that a Japanese envoy requested for the name to be changed from ‘Wa,” which had a derogatory connotation and was seen as offensive.

Why is Japan called the Land of the Rising Sun? 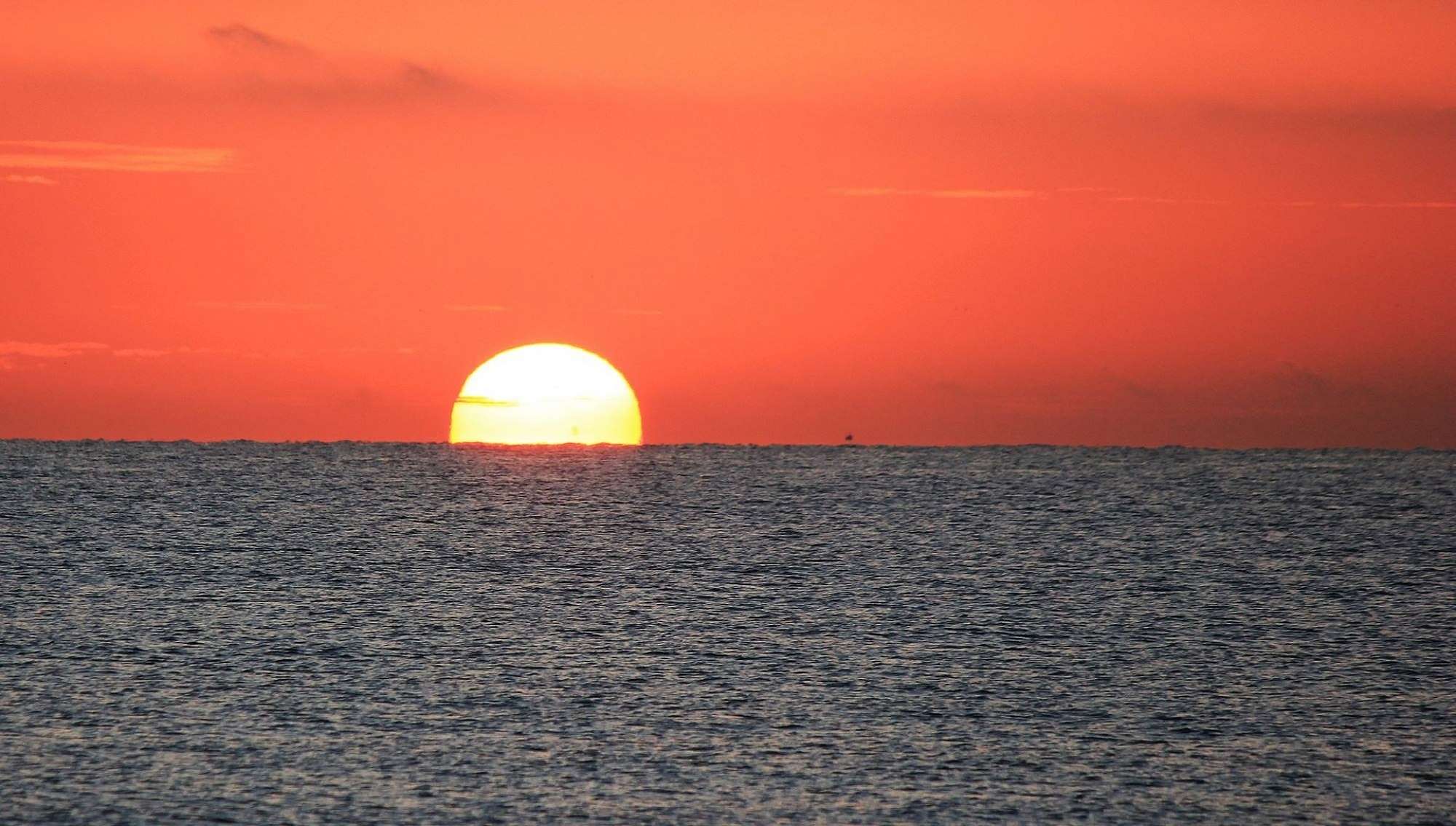 The question of why Japan is called the land of the rising sun is based on certain reasons. Between the 7th and 8th centuries, Japan was no longer called “Wa-koku” but “Nihon.” This change of name has no definite story.

While in some records, it is said that a Japanese envoy to China requested a change of name because he did not like it, others recorded that the Chinese empress of the time, Wu Zetian ordered Japan to change its name.

Regardless of which of these stories proves true, Japan changed its name from Wakoku to Nihon, also pronounced as Nippon in Japanese. As an archipelago, Japan is located on the east of China, technically where the sun rises, while China is located where the sunsets.

The name Nihon, which means “Land of the rising sun or sun origin,” made so much sense. Interestingly, this is tied to the story of Japan’s origin since the goddess of the sun holds an important place in the history of Japan, as well as Japanese mythology.

Japan in itself reflects the importance of the sun. Its association can also be linked to why they are and were called the land of the rising sun. In 607, there was an official history that recorded Prince Shotoku of the Sui dynasty.

Since he was the regent of Japan at that time, he sent a mission to China with a letter where he addressed himself as the “Son of heaven of the land where the sun rises. In his letter, he wrote;

“The son of Heaven, in the land of the rising sun, sends this letter to the Son of heaven of the land where the sun sets and wishes him well.”

For this reason, Japan is called the land of the rising sun, apart from its association with Japanese religion and mythology.

There are several reasons why Japan is called Japan. Though not all are clear cut, the influence of different countries led to the derivation of the name japan. You should note that in the Japanese language, Japan is either called Nihon or Nippon or both. In Japanese phonology, both words mean “sun origin,” which is called “Land of the Rising Sun” in English.