Earthquakes are natural disasters that occur, where the shaking of the ground is caused by some volcanic activity around geological faults. For centuries, Japan has had several earthquake experiences. In fact, the country has been prone to earthquakes to the point that they have adapted to and prepared for it. The question is why is Japan so prone to earthquakes?

For some reason, Japan as an island nation is situated around the pacific ring of fire. This puts them in quite a frightening position. So in this article, we will look at reasons why Japan is prone to earthquakes.

When earthquakes happen the earth’s surface shakes, disrupting and displacing the ground. This occurs as a result of the sudden energy released in the earth’s lithosphere, creating seismic waves which travel through the earth’s layers.

Earthquakes range in size. From mild and unfelt to violent. When an earthquake is violent, it propels objects as well as people into the air, wreaking havoc and destruction. It triggers volcanic activities and landslides as well.

Usually, earthquakes are caused when underground rocks suddenly break along a fault. By then, two plates or blocks of rocks have rubbed against each other and got stuck. These rocks don’t slide smoothly, they stick on each other and won’t move.

The rocks will continue pushing against each other until they break due to the pressure that builds up in the process. When this break ensues, the release of energy causes seismic waves that make the ground shake. Then an earthquake follows. 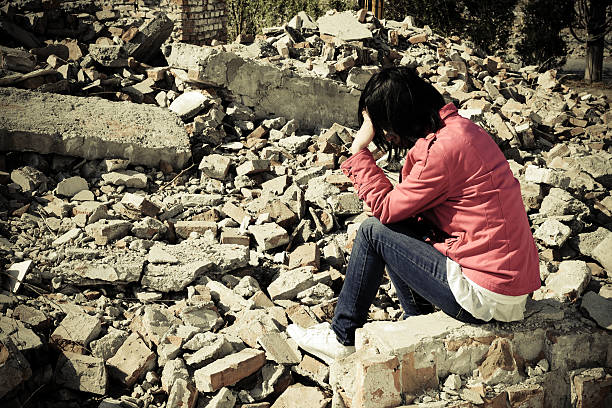 Historically, Japan as an archipelago has experienced many devastating earthquakes and tsunamis that changed their lives. Technically, it led to some technological advancements. Some of these earthquakes have been famously known due to their magnitude and effect.

The first-ever recorded earthquake was the one that took place at Nara prefecture in May, 599. This earthquake occurred during the reign of Empress Suiko. It was said to have destroyed buildings throughout the Yamato province.

In the history of earthquakes in Japan, the Great Kanto Earthquake was the worst. This earthquake happened in 1923 where the Kanto plain around Tokyo was hit, resulting in the death of over 100, 000 people.

In 2011, the strongest ever earthquake recorded, triggered a massive tsunami along the pacific coast of Northern Japan. This earthquake was known as the Great East Japan Earthquake. The whole experience killed nearly 20,000 people and led to a nuclear accident at a power plant in Fukushima Prefecture.

Japan has created technologies and survival tactics to help them prepare better for these recurring earthquakes. Though we cannot count the total number of earthquakes that the country has experienced, it is said that between 499 and 1888, 418 earthquakes occurred in Japan.

Why Japan is prone to earthquakes

Lying below the surface of the earth, are huge sheets of rock (tectonic plates) that are about 70 kilometers thick. They move approximately a few centimeters which is an inch or two, every year, to produce distortions within the surface.

Japan is prone to earthquakes due to its location. As an island nation, the country is positioned where these several oceanic and continental plates meet. Interestingly, a number of these tectonic plates’ also known as huge sheets of rock, converge below its surface.

To put it in perspective, the country is on the joint of four different tectonic plates. The Philippine plate and Pacific plate to the east, the North American Plate and the Eurasian plate to the west.

What happens then is when the Philippine and pacific plates head to the west, they go underneath two other plates causing a shake. Because Japan is at the center, it feels the ripple effect resulting from the several frequent earthquakes that caused damages, including loss of lives in the country.

What’s more, it has resulted in many volcanoes and hot spring baths across Japan. The famous hot springs that are popular tourist attractions are mostly the result of several volcanic eruptions that have occurred in the country.

Additionally, Japan’s Trench is another reason why Japan experiences numerous earthquakes. The Japan Trench is an 800 meter long deep oceanic trench located in the northwestern part of the pacific. It is 8,406 meters deep.

When an earthquake occurs close to the ocean or below, it gives rise to a Tsunami (tidal waves) which Japan has also experienced.

How often do earthquakes happen in Japan?

Every year, about 5000 minor earthquakes that last for only a few seconds are recorded in the country. Though due to the low magnitude and distance of the hypocenter (which might be far from Japan’s coast), they go unnoticed by people. While 3,800 of these earthquakes are within 3.0 to 3.9 in magnitude, 900 occur with a magnitude of 4.0 – 4.9.

Out of the earthquakes that occur, only about 160 are within a magnitude of 5 and above. Such magnitudes shake the island nation each year.

How earthquakes are measured 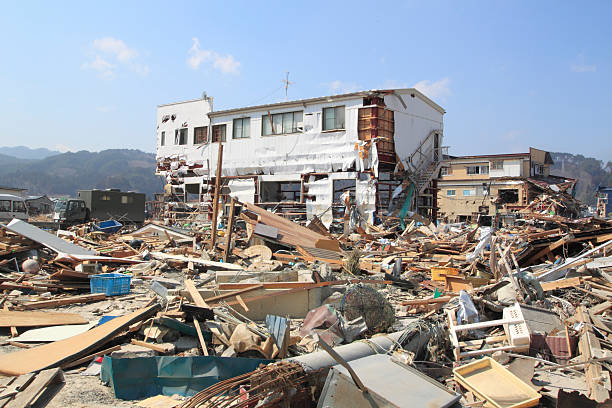 Earthquakes are measured by the magnitude and seismic scales. To measure an earthquake, a seismograph can be used. The seismograph as a primary earthquake measuring instrument produces a digital graphic recording of the ground motion which has been triggered by seismic waves.

This seismograph detects and measures the strength and duration of the waves. Using a Moment Magnitude Scale, you can get a better idea of the strength of shaking and the damage caused.

How Japan has adapted to earthquakes

After several earthquakes resulted in losses, the country created ways to not only adapt to earthquakes but reduce the damages earthquakes will inflict in the future.

Japan is not new to earthquakes. They have equipped themselves, making children earthquake-ready through earthquake drills. They also made them familiar with what an earthquake feels like, to stop them from panicking when a real one arises.

In workplaces, Japanese folks get earthquake training. The country even has a special day for earthquake awareness prevention. On November 19th every year, people in Japan observe the ‘ Disaster Prevention Day ‘

What’s more, buildings in Japan can withstand an earthquake while some even move with the shaking of the earth.

How to prepare for an earthquake 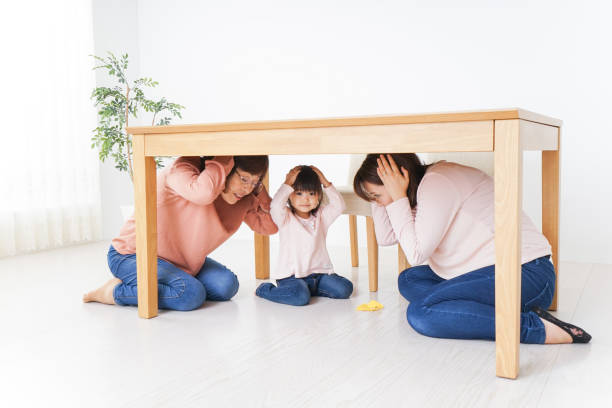 Anyone who has experienced earthquakes in Japan knows that most earthquakes in the country take only a few seconds and are barely noticeable. However, some recorded earthquakes had impacts on Japan. So for this reason, it is advisable to equip and prepare yourself for an earthquake.

What to do during and after an earthquake

Japan and earthquakes are like Siamese twins. Earthquakes are an undeniable part of Japan and might stay that way for a long time. If you are in Japan, you should expect earthquakes at any time. Either at night or during the day.

Since the country stands along the pacific ring of fire where tectonic plates meet, earthquakes will continue to occur. Regardless, Japan is doing its best to keep citizens abreast with earthquake situations and teach them to protect themselves when earthquakes happen.

So are you a newbie in Japan? You can do the needful by downloading disaster alert applications and by purchasing a basic emergency kit. Do these to better prepare yourself ahead of an earthquake.