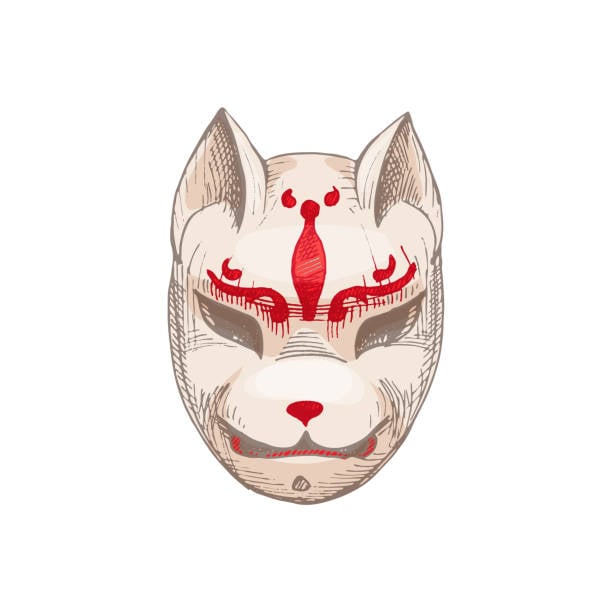 If you are quite taken with Japanese manga and anime, you may have come across the name Yokai. It is often used to refer to Japanese monsters, ghosts, spirits, and goblins that entertain and scare us with their many mischievous and mysterious tricks.

Japan is known for its love for supernatural creatures. It is evident in their movies and mangas as well. Apart from being featured in movies as bizarre and fun characters that we sometimes fall in love with, yokai embodies rich Japanese history.

It incorporates all kinds of bizarre and ghostly entities that emerged from Japanese traditional art forms and folklores. So in this article, we will look at everything you need to know about Yokai- Japanese monsters. 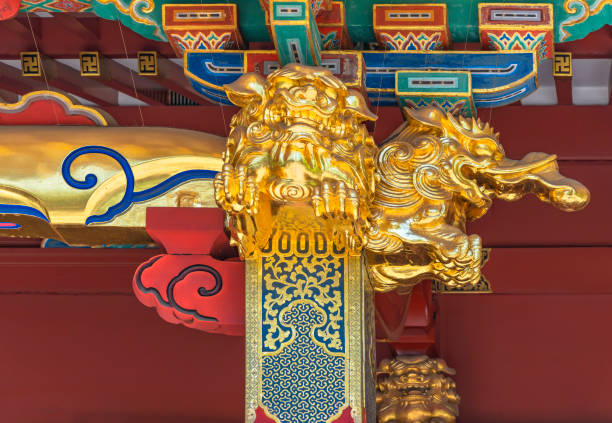 What is Yokai? – A Japanese Concept

The term yokai is derived from two kanji words with “yo” which could mean attractive, bewitching, and “kai” which could mean wonder or mystery. Though the term doesn’t have any English equivalent, it refers to monsters, spirits, demigods, and all other forms of unearthly creatures.

In Japanese folklore, yokai refers to a class of legendary or supernatural monsters, spirits, and ghosts. A Yokai is said to have strange connections with humans. This is because they are often depicted as strange embodiments of ordinary creatures.

Yokai is deeply rooted in ancient Japanese religion, Japanese anime, and the providence of nature. It has a strange essence and should not be likened to a demon. A yokai, in every sense of the word, embodies behaviors that range from scary, vindictive, or mischievous to friendly, fortuitous, and helpful.

Interestingly, not all yokai are vindictive and have ill intentions. Some of these monsters just want to put you in a state of panic. They are often known to turn into different shapes. Like from animals to deformed humans. It is even said that some yokai can shapeshift.

You should know that the concept of yokai has been in existence for centuries, as a phenomenon that varies greatly throughout the various periods of Japanese history. What’s more, it spanned from the ideas of animism; spirit-like entities believed to reside in all things, including objects.

If this ritual fails, and the spirit is unable to be transformed to a benevolent spirit, either because it doesn’t have enough worshippers, the spirit becomes a yokai. Several yokai stories have been passed down for generations through word of mouth.

These stories have been part of Japan’s culture for centuries. In recent times, these stories have made their way into the literary world and creative space, in the form of anime, video games, movie adaptations, paintings, and manga. The popular anime you watch have drawn inspiration from the yokai concept.

Like you may have heard before, yokai range from monsters to spirits and ghosts that often take different forms. While some may look like deformed humans, others could take the shape of animals and sometimes shapeshift.

For instance, the kappa is said to look like a turtle while the tengu is often portrayed to have wings. There are ones who have human-like features, like the kuchisake-onna and the shapeshifters like bakemono or chochin obake.

The historical origin of the Japanese Folklore, yokai

The history and origin of yokai can be traced back to the Edo period, appearing for the first time in Japanese literature in the 8th century. This phenomenon did not gain popularity until mid of the Edo period which was around the 17th century.

It is interesting to know that yokai became the standard for strange and supernatural creatures in the 19th century which was around the Meiji period. Before this, however, yokai was referred to as Mononoke which means something unexplainable.

Yokai storytelling was a unique phenomenon. Its earliest forms had a truly folkloric nature. These stories were passed from generation to generation by word of mouth. They were precise and served as a form of entertainment for specific regions. Some of these regions held these stories as part of their belief system.

It was between 1603 and 1868, that yokai storytelling was at its golden age. At this time, Japan was beginning to experience growth in arts, literature, and drama. It was during this period that Japanese art forms like kabuki drama, ningyo joruri, and woodblock print were created.

These arts, combined with yokai storytelling, made folklore prominent. With this, Japanese artists began to share encyclopedic collections of yokai storytelling. One popular folklorist at the time was Toriyama Sekien (1712 – 1788). He was known to collect yokai stories on his journey throughout Japan.

He cataloged each yokai in his collections with an image and a story. Sekien is notable for drawing over 200 yokai as well as creating a method for compiling yokai as a physical art form.

During the Meiji period, yokai storytelling experienced a tough time that almost led to its eradication. At this time, Japan was under the influence of western modernization. This led to a cultural shift away from history and benevolence for the supernatural.

It was not until the 20th century, however, that yokai was revived. Japan’s cultural attitude as regards folklore, during this period changed a lot. Yokai folklore became a case to be studied. One of the few artists that promoted the study of Japanese folklore is Yanagita Kunio between 1875 and 1962.

Soon, yokai became popular in both academia and entertainment, with illustrations and creations of popular series from manga artists. Now you have your favorite mangas, animes, movies, and video games for your viewing pleasure.

Yokai have been classified under various forms. Some which we will look at here

Categories based on mutation

Some folklorists classified the yokai into eight categories of spirits, similar to the nymphs of Greek mythology. This categorization is either by the phenomena associated with their manifestation or their location.

READ MORE:  6 Ways You can Say Woman in Japanese

The tanuki comes in the form of raccoon dogs with magical powers and they are known to shapeshift. In the literary works of ancient times, tanukis were respectable figures and guardians of the natural world. Presently, they appear as comic figures in movies due to how huge their testicles are.

Much like the tanuki, kitsune is often a highly intelligent fox that also can shapeshift. First, it takes a human form to fool you by looking like someone you know personally. Kitsune however loves to take the shape of women.

A kitsune has up to nine tails and each tail grows every 100 years. This yokai can either be pious and loving or harbor malicious intentions.

When driving on a lonely road and you notice an old lady asking for help, do not be deceived by her show of helplessness, she might just be a Kurozuka. A kurozuka often in the form of an old wild-haired lady. Usually, she wears a maniacal look and lures her victims to a mountain cave. She is a dangerous yokai that kills her victims in their sleep then eats their organs and flesh. 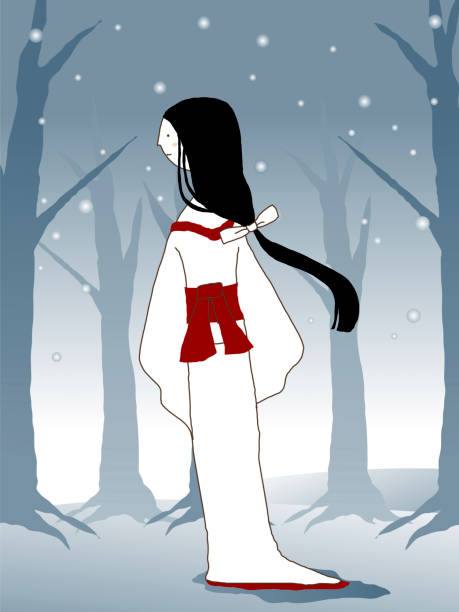 If you are around places like the Gifu prefecture and there’s a heavy storm approaching, you should watch out because a Yuki-Onna might just be close. Yuki Onna is quite deadly. It is known to have long black hair and very smooth white skin. This yokai is notable for killing their victims with an icy kiss of death.

Yokai is a huge part of Japanese history and culture. With several franchises that were inspired by yokai folklore, it has now become a global phenomenon appearing in visual, literary, and performing art forms. It is also present in your popular video games, anime, manga series, and movies amongst others.

Japan’s rich culture cannot be celebrated without having to mention yokai storytelling. It is part of his unique heritage that has gained prominence over the years. With prints of painted works that appear in exhibitions, there has never been a better time to explore Japan. Yokai may have lost its originality but it is thriving in the current state of things. Become a fan by watching several yokai inspired shows.